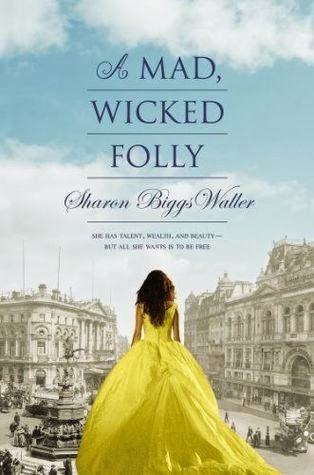 I have always loved rebellious women, and suffragettes are for sure rebellious.  I remember watching the Schoolhouse Rock cartoon Sufferin’ ‘til Suffrage when I was ten.  I wanted to be a suffragette, but I didn’t really get that we already had the vote!  When I moved to England in 2000, I used to walk past Emmeline Pankhurst’s statue in Victoria Tower Gardens, near the Palace of Westminster.  (Emmeline founded the Women’s Social and Political Union, along with her daughters, all of whom are characters in my book.)  Whenever I’d go by that statue I’d think about how hard women fought to have rights, and then I wondered what it would be like to be a teenager during that time and what if you wanted to be something that wasn’t accepted.  What if you were told you couldn’t do it because you were a girl? I would have hated that, and I know I would have been a suffragette.  I started imagining what that would look like and the story started growing in my mind.  And then the voice of my protagonist, Victoria Darling, started to emerge. I chose 1909 as my timeframe because this was when women stopped asking nicely for the vote and started getting militant. They were heckling politicians, throwing rocks at government buildings, and breaking into buildings.  More and more women were getting arrested, going on hunger strikes, and being force-fed, which was torturous.  It was a time of high drama, and I wanted Vicky to be smack in the middle of it.

Here is that Schoolhouse Rock video:

The year is 1909. After seventeen-year-old Victoria Darling poses nude for her art class, she is expelled from her French finishing school and shipped back to London to live with her parents. To minimize the scandal Vicky has caused, her parents inform her that she is to marry the young man they have selected for her, Edmund Carrick-Humphrey. She is not to continue painting. Vicky knows little about Edmund but accepts the match, reasoning that she can use his money to pay for tuition at the Royal College of Art.

But things don’t go according to plan. Despite her engagement, Vicky develops an interest in the handsome young police constable William Fletcher, an aspiring novelist who encourages Vicky to pursue her dreams. She goes quickly from seeing Will as an artistic muse to seeing him as much more, all the while knowing that she could never be with a man so far below her class.

When Vicky becomes entangled with a group of suffragettes, she comes to realize that the constraints on her aspirations and independence don’t apply only to her—they apply to all women. But how can she fight for women’s equality and pursue the life that she wants without driving away everyone and everything that she’s known?

Sharon Biggs Waller is a novelist and award-winning non-fiction writer who lives on a 10-acre sustainable farm in northwest Indiana with two horses, four dairy goats, four cats, two dogs, and 60 laying hens. She is a dressage trainer who for many years was a Civil Service Club instructor at the Royal Mews in Buckingham Palace in London.  Visit her at http://sharonbiggswaller.com or on Twitter @Sbiggswaller.
Posted by Jennifer @ YA Sisterhood at 9:01 AM