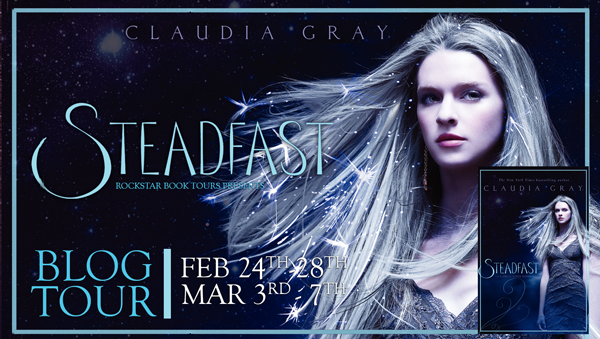 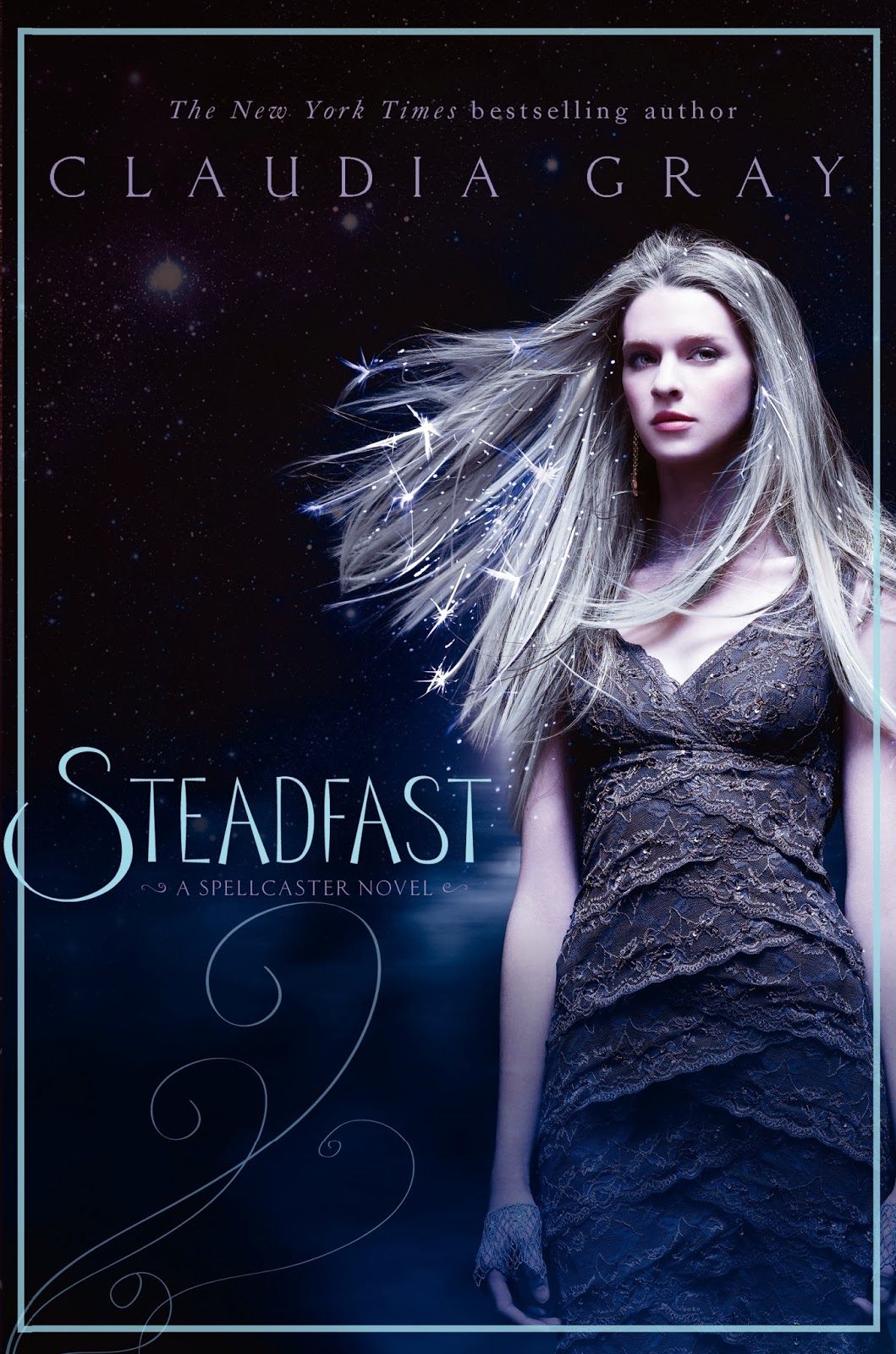 The second book in the dazzling Spellcaster series from New York Times bestselling author Claudia Gray is perfect for fans of the Beautiful Creatures and Hex Hall series.

Nadia, Mateo, and Verlaine saved Captive's Sound from the dark sorceress Elizabeth . . . or so they thought. But despite their best efforts, a crack opened and a new, greater evil seeped through. With Mateo as her Steadfast, Nadia's magic is magnified but her training is still incomplete. And a darker magic has begun to call Nadia. . . .

With her Steadfast, Mateo, and her best friend, Verlaine, Nadia must fight the black magic that tempts her and stop the One Beneath before he comes to claim what is his.

I love putting together soundtracks for my movies. Usually, when I write a series, I carry over a few songs throughout the soundtracks for each book – the big themes, you’d say. (Also, some instrumental music from movie scores always plays a part; it really helps set a mood. That said, the movie scores I’ve written the SPELLCASTER series to were for Danny Elfman’s score for “Alice in Wonderland” and … Daft Punk’s score for “Tron: Legacy.” No, I can’t explain that last one.)

Even with continuing music through all the series soundtracks, I always find some unique songs for each book. Here’s what I listened to while writing STEADFAST:

This is one that makes me think of Verlaine and spoiler spoiler I can’t tell you! during their last scene together in STEADFAST, which takes place during the first snow of wintertime in Captive’s Sound.

“Velvet,” by The Big Pink

Mateo, the main male character in the story, is cursed with visions of the future. While they allow him to foresee some of the dangers they face – and are the reason he found Nadia in the first place – they also exact a painful price.  He and Nadia have some conflict in this book, which makes these lyrics ring very true for him.

She's the only one, lost the best I had
I found her in a dream, looking for me
This heart's on fire, I'll bring myself
Up to fall, and down again

“Red Right Hand,” by Nick Cave and the Bad Seeds

Of course this is a classic! But when your villain has actually been seduced by the Lord of Hell, only a song as great as this will do.

He'll wrap you in his arms,
tell you that you've been a good boy
He'll rekindle all the dreams
it took you a lifetime to destroy
He'll reach deep into the hole,
heal your shrinking soul
Hey buddy, you know you're
never ever coming back
He's a god, he's a man,
he's a ghost, he's a guru
They're whispering his name
through this disappearing land
But hidden in his coat
is a red right hand

“Fire From Heaven,” by Sleepthief and Roberta Carter Harrison

A friend of mine, after hearing this song, said it sounded more like Katniss Everdeen than Nadia Caldani … and since then I can’t unhear it. Still, I think this song works for any heroine who’s realized the deck is stacked against her, and plans to strike back.

“Through Glass,” by Stone Sour

The lyrics of this song refer to romantic disillusionment, I think. For me, though, they come from the demon Asa, who spends a lot of STEADFAST watching our heroes, and learning all their weaknesses, one by one.

“Many Shades of Black,” the Raconteurs

Yet again I repurpose a breakup song. As you might remember from SPELLCASTER, Mateo believed he’d had a long friendship with Elizabeth Pike – which turned out to be an illusion she’d planted inside his head. Mateo’s figured out the truth now, but that doesn’t mean he’s forgiven Elizabeth.

Yeah, see if I care
And see if I stand firm or if I fall
'Cause in the back of my mind
And on the tip of my tongue
Is the answer to it all

“Break My Soul,” by Hybrid
Verlaine is probably the single most outcast person in Captive’s Sound. All her life, she’s tried to tell herself that it’s the people around her that have the problem – that someday she’ll find friendship and love. Then, in SPELLCASTER, Verlaine learned that dark magic was responsible for setting her apart from people, maybe forever. This song captures both the loneliness she feels and her determination to keep going.

Sure, there’s romance in STEADFAST – but the characters deal with a lot of deeply scary stuff. This song captures the constant tension of living in Captive’s Sound when you actually know what’s going on.

Despite everything they go through, Nadia and Mateo’s love remains powerful. So they deserve a beautiful love song.

You’ve got a journey to make
There’s your horizon to chase
So go far beyond where we stand
No matter the distance, I’m holding your hand 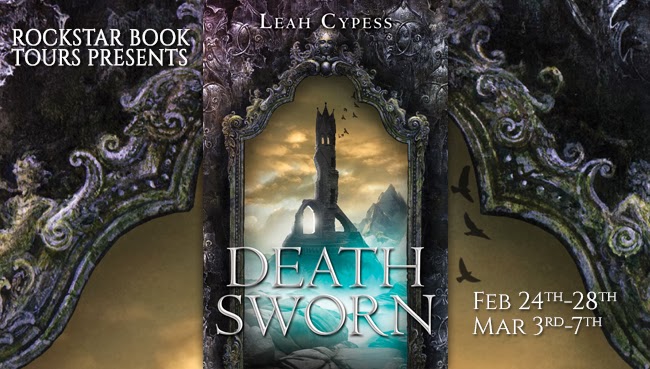 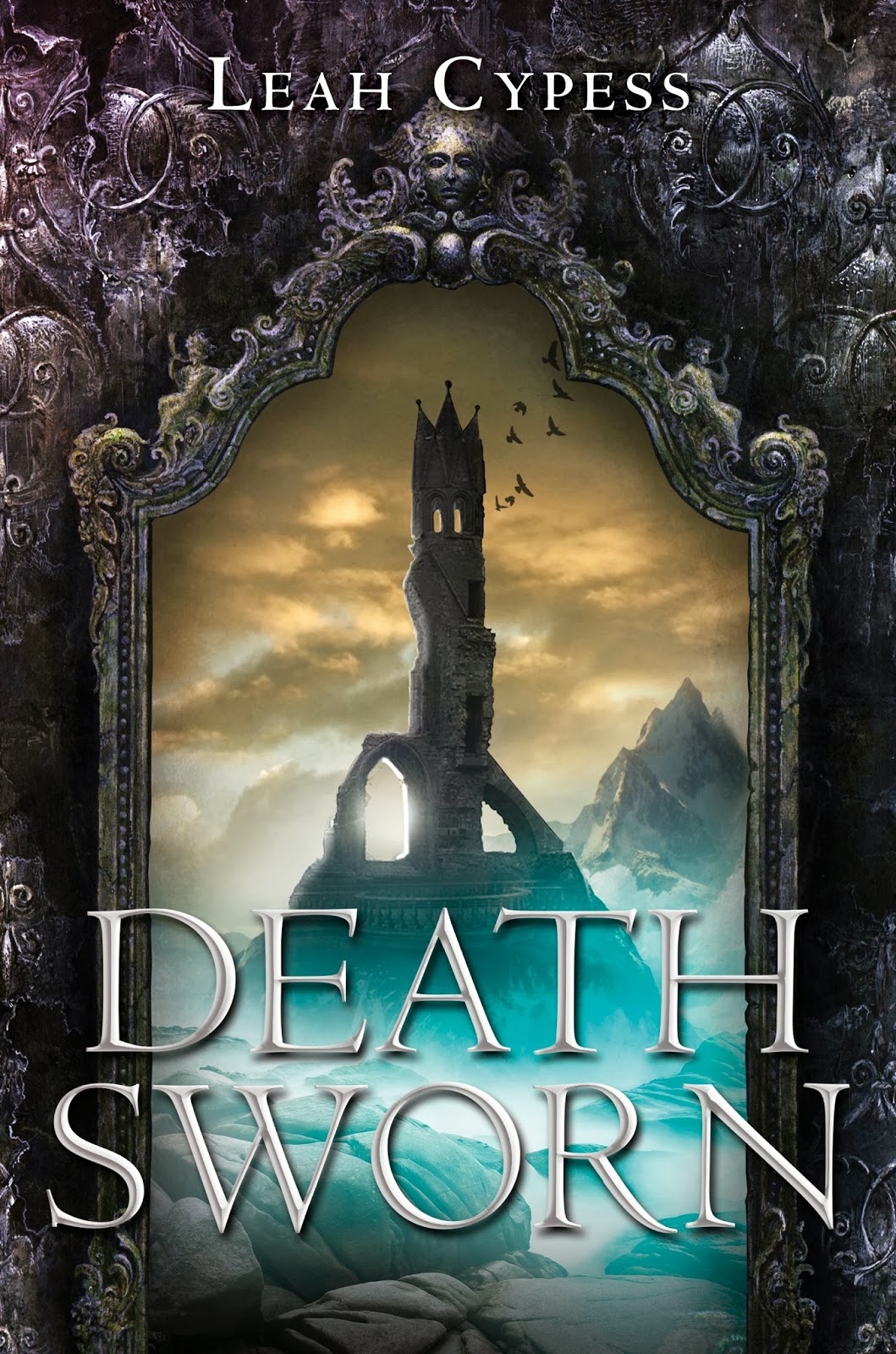 When Ileni lost her magic, she lost everything: her place in society, her purpose in life, and the man she had expected to spend her life with. So when the Elders sent her to be magic tutor to a secret sect of assassins, she went willingly, even though the last two tutors had died under mysterious circumstances.

But beneath the assassins’ caves, Ileni will discover a new place and a new purpose… and a new and dangerous love. She will struggle to keep her lost magic a secret while teaching it to her deadly students, and to find out what happened to the two tutors who preceded her. But what she discovers will change not only her future, but the future of her people, the assassins… and possibly the entire world.

It seems that High Fantasy is the new big thing in ya literature lately, so, like many other readers, I have jumped on the bandwagon.  I will admit, I’m not usually a huge fan of high fantasy, but there are some worlds that really catch my eye.  Leah’s world (at least the part of it we see) is unique and suspenseful, and while it lacked in the romance (cries), it was still a fun and quick read.

I liked that the story dives right in from the first sentence, no dull and drawn out world building.  Now many of you might complain about this, but so many high fantasies just seem to drone on and on and on about the world and the setting.  Leah doesn’t waste her time with this and jumps right in to the good stuff.  Now, at the same time, I do wish we could have seen a little more of the world.  The entire book takes place inside a mountain.  It’s dank, dark, and deliciously scary—but at the same time, I wanted to see a little bit more.

Ileni is our main character, and while she didn’t bug me, she didn’t really wow me either.  I liked her confidence and her determination to not let the all the assassin students get the best of her.  She stands her ground and even though her magic is fading, she manages to hold her own.   Then we have Soren, supposedly the best of the assassins.  He comes off as ill-tempered, but there is just something sexy about his alpha tendencies.  If only there was more romance!!!  This is my major complaint with ALL high fantasies—romance takes a back seat.  Romance is my absolute favorite part of ya, so I seem to have a difficult time with the lack thereof.
Most of the book is written in 3rd person limited, where we just see Ileni’s pov.  However, we get brief glimpses into the “Master.”  Let’s just say, those brief glimpses will make you want to rear back and knee him straight in his magic place.  He’s just so cruel, and he makes it a point that everyone in the cave sees him as the ultimate power.  As far as villains go, he’s pretty good.

Overall, this is an interesting read, although lacking in a few key places.  Still, if you are a high fantasy fan, you should definitely check it out.

Waiting on Wednesday is a weekly meme hosted by Jill over at Breaking the Spine. It spotlights books that have not yet been released, but ones that you should pre-order today! This week's book that we are anxiously awaiting is MORTAL DANGER by Ann Aguirre.  It will be released August 5, 2014 from Feiwel and Friends (Macmillan). 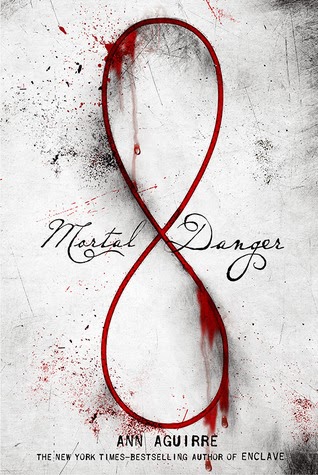 Revenge is a dish best served cold.
Edie Kramer has a score to settle with the beautiful people at Blackbriar Academy. Their cruelty drove her to the brink of despair, and four months ago, she couldn't imagine being strong enough to face her senior year. But thanks to a Faustian compact with the enigmatic Kian, she has the power to make the bullies pay. She's not supposed to think about Kian once the deal is done, but devastating pain burns behind his unearthly beauty, and he's impossible to forget.
In one short summer, her entire life changes, and she sweeps through Blackbriar, prepped to take the beautiful people down from the inside. A whisper here, a look there, and suddenly... bad things are happening. It's a heady rush, seeing her tormentors get what they deserve, but things that seem too good to be true usually are, and soon, the pranks and payback turns from delicious to deadly. Edie is alone in a world teeming with secrets and fiends lurking in the shadows. In this murky morass of devil's bargains, she isn't sure who—or what--she can trust. Not even her own mind..

Teaser Tuesday is a weekly meme hosted by MizB over at Should Be Reading!

To participate all you have to do is:


•Open to a random page

•BE CAREFUL NOT TO INCLUDE SPOILERS! (make sure what you share doesn't give too much away! You don't want to ruin the book for others!) 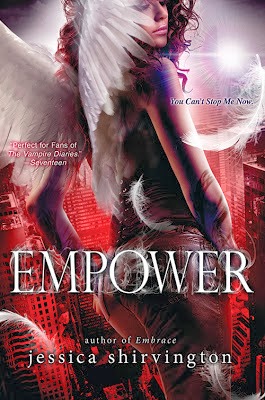 "She thought about this, watching me. 'What did you give?'
I pressed my lips together, my teeth biting down hard to distract me.  Finally I answered, 'I gave my heart.'"  Australian copy, pg. 197