Hello and welcome to THE CLOCKWORK DAGGER blog tour. I'm so thrilled to be on the tour. Check out today's post below and be sure to enter to win! 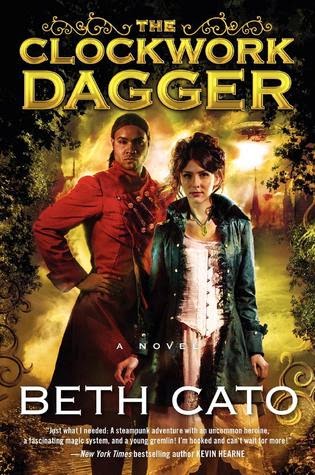 By: Beth Cato
Published by: Harper Voyager
To Be Released on: September 16th, 2014
Add it to Goodreads
Get it From: Amazon | BandN

Book Blurb:
An extremely fun and very commercial fantasy debut, in the bestselling vein of Trudi Canavan and Gail Carriger. THE CLOCKWORK DAGGER is an enchanting fantasy debut about a young healer with incredible powers setting off on her first mission, when a series of strange occurrences (including murder) rock the airship she is traveling on. But the dashingly attractive steward may be one of the infamous Clockwork Dagger assassins, her cabin-mate hides secrets, and the conspiracy may reach the crown itself.

Praise for The Clockwork Dagger
“The Clockwork Dagger was just what I needed: A steampunk adventure with an uncommon heroine, a fascinating magic system, and a young gremlin! I’m hooked and can’t wait for more Octavia and Leaf!”—New York Times bestselling author Kevin Hearne 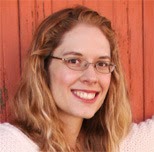 Beth Cato resides in the outskirts of Phoenix, AZ. Her husband Jason, son Nicholas, and crazy cat keep her busy, but she still manages to squeeze in time for writing and other activities that help preserve her sanity. She is originally from Hanford, CA, a lovely city often pungent with cow manure. 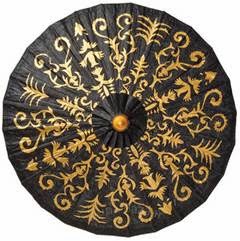 Enter to win a copy of THE CLOCKWORK DAGGER, complete with a gorgeous black-and-gold paper parasol, for your very own steampunk adventures and cosplays (seen above)!

I want to read about more young heroines whose strength is a defining character trait, much more so than prettiness. The sort of women who are survivors and who enable other people to survive. That's what I had in mind as I created the protagonist of THE CLOCKWORK DAGGER, Octavia Leander.

Octavia is twenty-two years old. She's spent much of the past decade working in surgical tents at the frontline of a vicious, never-ending war. She's a medician, what I call my magic-wielding healers, but is also trained to doctor the old-fashioned way. I modeled her on World War I nurses--those brave, often-sleepless women who dealt with amputations and the horrors of gangrene with limited supplies or respect.

Physical strength plays an important role, too. To be a doctor during a war means hauling around medical gear and unconscious bodies and doing whatever else needs to be done. When Octavia isn't at the front, she's on the working farm that's the academy for medicians in training. She can haul hay bales or suckling foals, or spend long hours planting tulips bulbs in a field.

However, when the book starts out, she's scared. Octavia knows battle--septic bowels, burns, and pneumonia--but she's on her own for the first time. She's in a strange city. Her attuned ears can hear injuries in the form of songs from people all around her. It's overwhelming and maddening, and she's keenly aware that she's young, female, and alone.

Octavia is strong, though. She has faith in the world tree she worships, the Lady, and she has a goal. She's set to journey by airship to a town where she'll establish her own medical practice, her own life. As the cruel author, I can't make things that easy or straightforward for her. The flight is quickly complicated by murder, poison, and increasing evidence that Octavia is the target--and she has no idea why.

With her medicinal herbs and her wiles, Octavia needs to stay alive and help everyone around her survive, too. She might be young, but she's already been to war. She's a soldier in her own right and she won't go down without a fight.