Check out the SNEAK PEEK from... 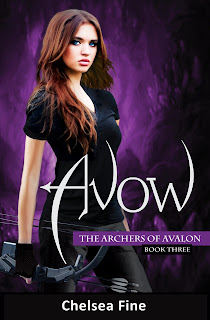 Scarlet had her memories back, which meant two things.
She knew where the Fountain of Youth was.
And she was mad at Tristan.
Still clutching a bloodstained knife in her hand, she marched through the graveyard and glanced over her shoulder at the green-eyed boy she’d loved for centuries. “By the way, you suck.”
“Wow,” he said.
“I can’t believe you tried to kill yourself.”
“I was trying to keep you alive.”
“Agh. Spare me your sacrificial agenda.” Another memory hit her and she turned to face him, her blood boiling. “And you let me wander around with amnesia for two years before meeting me?”
He opened his mouth, but Scarlet cut him off. “And then you let me date Gabriel? What the hell, Tristan?”
A muscle flexed in his jaw. “First of all, I was supposed to die. So I didn’t think intervening in your love life was any of my business. Gabriel made you feel happy and safe and I wasn’t about to screw that up for you. And second,” he raised his voice over the protest on Scarlet’s lips, “the reason I didn’t ‘meet’ you for two years was because I didn’t think I’d be able to follow through with killing myself if you and I were, you know…pals.” His eyes glinted.
She scowled. “Well that was selfish of you.” Turning, she resumed her walk through the dark cemetery.
“You think I was selfish?” Scarlet could almost hear his jaw drop as he followed behind her. “You’re the one who shut everyone out. You’re the one who kept secrets and stole stuff and ran away—“
“I had to run away,” she snapped.
His voice rumbled in anger. “Did you have to die too?”
Spinning around to face him—again—Scarlet met his hard eyes in the darkness. “I wasn’t trying to die.”
“But you did,” he said coldly.
They stared at each other for a moment, heartbreak colliding in the space between them. Because of her connection to him, Scarlet could feel the hurt and fear pulsing through his veins as his eyes traced over her in the moonlight.
But she could also feel the love heating his core as he took her in. And it was the love—that undying fire that blazed in him and burned through her—that stole her words away as she looked at him.
He was so beautiful. Even standing in a graveyard, covered in dirt and blood, he was striking. His dark hair fell wild around his face and his green eyes shone in the moonlight.

A shiver of desire ran through him--or was it her?--and Scarlet clenched the knife in her hand so she wouldn't do something stupid. Like crush her mouth to his and claw at his clothes until there was nothing between them but heat and skin. But that would, of course, lead to death.
Everything always led to death.
Tristan softened his voice as he scanned her face. “What happened in your last life, Scar? What are you hiding?”
Scarlet's chest tightened at his question.

Grab the first two books in the Archers of Avalon series!

Posted by AmyG@YA-Sisterhood at 12:02 AM