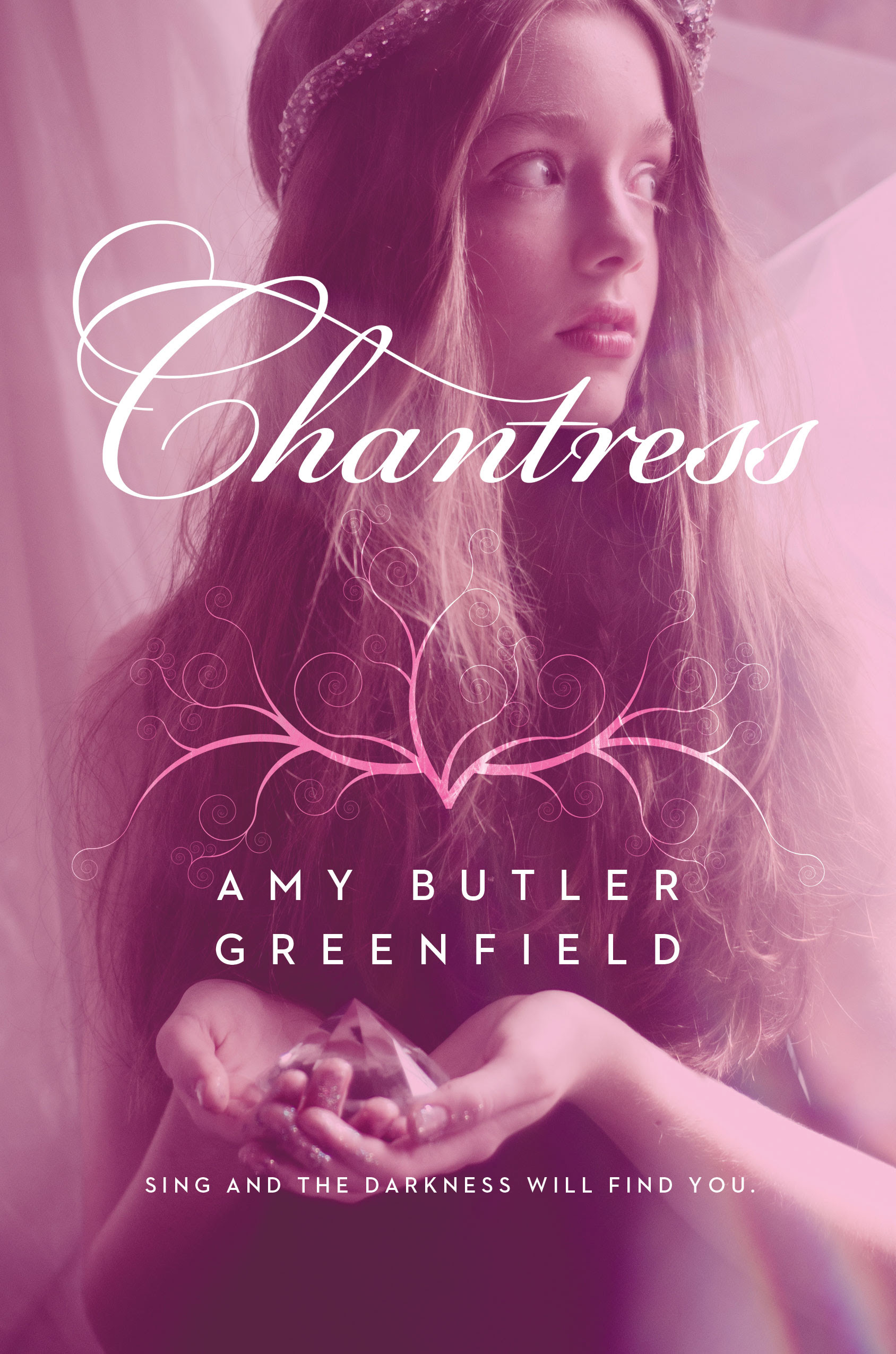 
I was so happy to be approved to read an early copy of Chantress!  I’m always looking for something new in the ya paranormal genre, and women who wield magic through song is definitely something different.  I’m a music lover—I love how a melody or a chorus can take hold of your heart and embed itself into your world.  I love how it can flow around you melding your moods and your desires, and mostly, I love how it is music that can so thoroughly describe the nature of man.  So, it only seems fitting that music could contain hidden power.  I loved how Amy Butler Greenfield gave everything a song in her world, and how those songs could be used to wield unimaginable power.


This story starts off with a bang when Lucy unknowingly sings herself across the seas to London.  She is immediately thrust into a dangerous and duplicitous world where everyone and everything can betray you.  The intensity of Amy’s story held me tight, and I could feel the treachery flying on the wind.  But it wasn’t just the tension and danger that made Amy’s world unique and beautiful; I loved that it was set in the late 1600s when the fear or witchcraft was already rampant.  It felt fitting that this story was set so long ago instead of in modern times, and it really added to the fear that controlled the people in London in Amy’s world.  I just wish there would have been more focus on the world building, as we truthfully didn’t get to see much of it.


For the most part the action was well placed, although somewhere in the middle the action did start to lull.  When Lucy starts to practice the magic of a Chantress, she is locked up underground for months, and it was here that I began to want the plotline to move along.  I felt like we saw too many of the basic lessons, when just a few paragraphs about her struggle would have sufficed.  I wanted to see more happen outside, and we didn’t see any of this because the story is written in Lucy’s pov.  I wish there would have been dual perspectives or something done so we could see through another’s eyes out into the word that is ravaged by the dangerous Shadowgrims (magical ravens who can read minds and destroy you from the inside out).


I like Nat, the scientist who eventually becomes Lucy’s relationship interest (although nothing really happens at all).  However, he didn’t really blow me away, but again, if we could have seen his perspective, I think I might have been more drawn to him.  He holds horrible secrets about his past, and seeing glimpses into this would have informed his character more, and would have added to the desperate tone of the book.


I wish we could have seen more of the evil characters, too.  I felt like most of the story, the evil and dangers were just described, not experienced.  I wanted more close calls and out of breath moments as a result of living on the edge of danger.  Unfortunately, these only came at the beginning and at the end.  This might have added to the lulls in action I was frustrated with in the middle.  The evil characters had such potential, and I just wish they would have been explored more.


Overall, Chantress was a great read, and I am definitely looking forward to reading the next one.  I loved the musical aspect that the power was centered around, and I love that everything in the world has its own unique song, and it is just floating on the wind, waiting to be discovered.  I’m excited to see what new magic awaits Lucy in the future.
Posted by Jennifer @ YA Sisterhood at 12:01 AM