Hello everyone!  Today we have the pleasure of participating in the cover reveal for Naturals by Tiffany Truitt.  Naturals is the 2nd book in The Lost Souls series, with Chosen Ones being Book 1.

You can read my review of Chosen Ones here 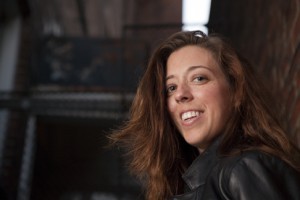 Tiffany Truitt was born in Peoria, Illinois. A self-proclaimed Navy brat, Tiffany spent most of her childhood living in Virginia, but don’t call her a Southerner. She also spent a few years living in Cuba. Since her time on the island of one McDonald's and Banana Rats (don't ask) she has been obsessed with traveling. Tiffany recently added China to her list of travels (hello inspiration for a new book).
Besides traveling, Tiffany has always been an avid reader. The earliest books she remembers reading belong to The Little House on the Prairie Series. First book she read in one day? Little Woman(5th grade). First author she fell in love with? Jane Austen in middle school. Tiffany spent most of her high school and college career as a literary snob. She refused to read anything considered “low brow” or outside the “classics.”
Tiffany began teaching middle school in 2006. Her students introduced her to the wide, wonderful world of Young Adult literature. Today, Tiffany embraces popular Young Adult literature and uses it in her classroom. She currently teaches the following novels: The Outsiders, Speak, Night, Dystopian Literature Circles: The Hunger Games, The Giver, The Uglies, and Matched.
And now for the REVEAL!!!!!!
********************************************************** 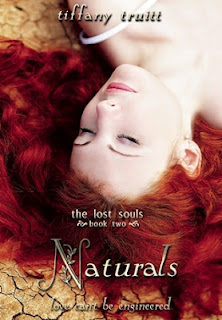 Tess is finally safe from the reach of the Council, now that she is living in the Middlelands with the rebel Isolationists. With James having returned to Templeton, she easily falls back into her friendship with Henry, though her newfound knowledge of Robert’s chosen one status still stings. Even surrounded by people, Tess has never felt more alone. So she’s thrilled when James returns to the settlement, demanding to see Tess — until she finds out that it’s because her sister, Louisa, has been recruited into Tess’s old position at Templeton, and that the dangerously sadistic chosen one George has taken an interest in her.
NATURALS is the second book in The Lost Souls trilogy, and follows the dystopian hit CHOSEN ONES.
***********************************************
I absolutely love this cover!  And I love the background--it looks like dead ground which just shows the death and destruction in this dystopian society.  I loved Chosen Ones, and I can't wait for this next book!!!
Want to pre-order Naturals?  Do it here:
http://www.amazon.com/Naturals-Lost-Souls-Tiffany-Truitt/dp/1620611473/ref=sr_1_1?ie=UTF8&qid=1345929106&sr=8-1&keywords=naturals+tiffany+truitt