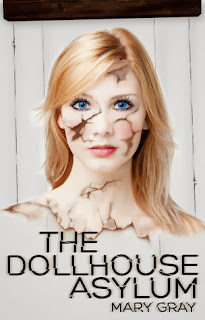 
Elysian Fields—supposedly the perfect place to hide away from a worldwide epidemic.  But, take a look behind the curtain (or through a crack in a wall), and you will see that this world is the true nightmare.  Mary Gray has created a fantastic, psychotic thriller of a novel.  Think about those creepy scenes in a horror movie---an empty room, pictures falling off the wall, silent—except for the mangled music box slowly playing a childhood favorite in the corner.  You know that feeling you get—that sinking feeling that consumes your and fills you with fear?  That’s this book!!!  It will immediately plunge you into a abyss of perfect terror, and at no point will you ever feel safe again.


I liked “Persephone,” Mary’s main character for the most part.  I thought she was strong and smart, and I admired her for not letting this psychotic yet mesmerizing man tear her apart.  At the same time, I felt like she was very wishy-washy at times.  Her loyalties didn’t mesh with her feelings, and it seemed like, on some level, she was suffering from Stockholm Syndrome.  She could see Teo’s evil leaking from every pore, but there was a part of her that still wanted him.  This was the part of her that really bugged me.


The best character in this book is, by far, Teo, the villain.  She is so well written that you can hear the inner workings of his twisted mind.  He was completely insane and creepy, yet seductive at the same time.  Not seductive enough for me to like him even an inkling, though.  He is pure evil, and Mary did a great job of showing how madness and intelligence walk the same line.


I loved the literary aspect of this book.  I am a huge fan of tragic love stories, and this novel takes them to a new level.  We see them modernized and manipulated into something twisted and sick.  What an amazing idea and concept!!!  I loved it.


There were some things that bugged me, though.  First off, the description says that Teo is the “older man” who stole her heart.  So, right away, I had this picture of an old guy in my head.  Creepy much.  Teo is actually only 24, so I don’t think they should have described him in that way.  He wasn’t old at all, in fact, he is supposed to be gorgeous—but I had a hard time moving away from the “older man” comment.


The other thing that bugged me was some of the pacing.  I wanted a quicker pace that followed Teo and Persephone a bit more closely.  It wasn’t a slow pace, so don’t think that, but there was just some down times that I wished would speed up.


Overall, this is a great and unique read; and I highly recommend it to fans of tragic love stories, old classics, and creepy psychotic thrillers!
The final dates and stops are as follows: