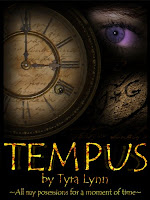 According to Albert Einstein, the distinction between past, present and future is only a stubbornly persistent illusion. He might have been right.


Seventeen-year-old Jessie McLeod is used to getting glimpses of the past when she touches objects in her dads antique shop, but she's not used to the past looking back. Especially when the past is a gorgeous guy and she is dressed like a slob.


Shocked and intrigued, Jessie becomes obsessed with trying to catch another glimpse of that perfect face. When thoughts of him invade her sleep, the dreams seem so real that she wakes with the feel of his lips lingering on her skin. Soon after, however, the one guy she thought she’d never date suddenly asks her out. Either something strange is going on, or all those years of using furniture cleaner finally caused brain damage.


Brain damage is easy enough to believe—until the day she turns around and looks straight into the face from her dreams. Completely unaware, Jessie is now in a race against time to remember something important, something life-changing, and the one person who can tell her the truth doesn’t dare to—she must remember on her own.
With only a week before senior year, the once self-assured Jessie is now sure of nothing. Well, maybe one thing. Everything’s been turned upside down, and it's all because of that stupid mirror she found in the shop on Monday and the glimpse that changed her future—maybe even her past. (summary from goodreads.com)
Click here for our review of Tempus.


Interview with Author Tyra Lynn
YA-Sisterhood: Can you tell us a little bit about yourself? Where do you live, are you married, etc....
Tyra Lynn: I am married to my barely-out-of-high-school-sweetheart and we have two kids: a boy and a girl. We live in Texas, just north of Dallas. I LOVE North Texas, and I can't imagine living anywhere else. Fun littlehousehold factoid - We have a house full of beasties: a dog, a cat, twoferrets, a snake and a fish.

YA-Sisterhood: What inspired you to be a writer?
Tyra Lynn: I have been writing as long as I can remember, even prior to starting Kindergarten, so the desire to write has always been there. I wrote poems and stories all the time and shared them with family and friends. I never took it too seriously until Tempus. I knew it was different from the very first line. Jessie was a real person in my head, and she was urgently telling me her story. She sounded desperate to get it all out, would even wake me from sleep, so when I started writing I began to feel like her story was meant to reach beyond my personal little group. I guess to answer your question, Jessie inspired me to be a 'writer,' lol.

YA-Sisterhood: How long did it take you to write Tempus and what kind of research did you do to prepare for it?
Tyra Lynn: Writing the first draft of Tempus took around three months and the word count ended up being over 120k. That's a LOT of words. Revisions, editing,etc. took twice as long. As far as research goes, the final story is nothing like my full original concept. The only thing that stayed the same was Jessie's glimpses, the mirror, and who Gabriel was/is. Once I started actually writing, Jessie told me the 'real' story. I would research what she told me to see if it were even possible, or what existing theories might explain things. Both Gödel and Einstein were invaluable in that aspect. I was shocked at how much knowledge 'I' had that I was unaware of, because all these crazy ideas that popped into my head had some actual basis in scientific fact. It was so awesome.

YA-Sisterhood: I love the idea of the "glimpses", how did you think up that plot line?
Tyra Lynn: I have always had 'glimpses' myself, though not like Jessie does (but I wish!) I love history. I love antiques and old houses, and it's very easy for me to picture the past in my head when I look at those things, or am surrounded by them. Pictures pop into my head or I get this interesting sensation of being in another time, and it seems very real for brief moments. I just took that idea to the next level, beyond imagining.

YA-Sisterhood: What character in the book do you relate to the most and why?

Tyra Lynn: That would have to be Jessie. Her love of antiques, her love of family and friends, and her hyperactive brain - those are all things I solidly relate to. Plus she is just slightly 'off,' and that has ALWAYS been me, lol.


YA-Sisterhood: I felt like the end of Tempus wrapped up everything nicely, what can we expect from a sequel?


Tyra Lynn: We will definitely learn more about Jessie's powers, and about who/what she and her mother are. It's really hard to say what else is coming, though. Arcanus is still unfinished, and even though I know where it is supposed to go, my characters don't always cooperate. Not only that, but sometimes people I don't even know pop into the picture and leave me scratching my head and saying "Now who the hell was that and what the hell do they want?!" It's crazy.


YA-Sisterhood: Any other comments you would like to leave for our followers?

Tyra Lynn: I have been so pleased by the positive reviews and interest that Tempush as received. That has been the greatest reward by far, and I am so thankful to everyone who has taken the time to review it, or send me encouraging messages, or interview me! (*grins*) Thank you, thank you, thank you! Muah!

I also had the opportunity to ask Gabiel, the super HOT guy from Tempus a few questions:

YA-Sisterhood: You are a chef, how did you learn to cook? If you were going to cook Jessie a romantic dinner what would it be?

Gabriel: My mother taught me the basics early on, but much more than that, she instilled in me a true love of the culinary arts. She experienced such joy preparing meals for the family or for good friends. Her smile while in the kitchen is one of my fondest memories. Following her passing, and in honor of her memory, I attended classes at Le Cordon Bleu in Paris in the early1900's, and Le Cordon Bleu in London in the early 2000's, among other prestigious schools. I was one of the youngest ever there, as you can no doubt calculate. I have honed my skills in two centuries; There are distinct advantages to having two lifetimes with which to work. For a romantic dinner for Jessie? I suppose I would begin with a smallhearts-of-romaine Caesar salad with sun dried amorosa tomatoes and shaved parmigiano reggiano. For the entrée, I would prepare wood grilled Scottish salmon over a purée of charred sweet corn and roasted scallion, crumbled applewood bacon and garlic vinaigrette with sides of black truffle whippedp otatoes and hickory roasted wild mushrooms. If it were not inappropriate, I would serve a glass of chilled Liger-Belair Chambolle Musigny Premier Cru Les Greunchers. For dessert, my special chocolate mousse cake. I think the appropriate current expression would be "It is to die for." That is right, isn't it? Then, considering setting would be as important to me as food selection, I should like very much to serve her in the gazebo by candle light, though it would not be at all practical, would it? Perhaps I could fill the formal dining room with flowers, hire a violinist and... I am so sorry.When it comes to Jessie and her potential delectation I've a tendency toward excesses, don't I? My apologies.


YA-Sisterhood: We have an annual crush tournament at the ya-sisterhood blog, who do you think your biggest competition would be if you were nominated for the next tourney?

Gabriel: Hmmm. I've been told a little about this 'tourney' of which you speak and I've heard the runner up was a young, green-eyed Scottish lad named Zachary. I confess that green is not my favorite eye color, but that's neither here nor there. I can't imagine why anyone would nominate me for such a thing since I'm a rather quiet and private sort, but I suppose for anyone, myself included, he would be the one to beat.


A big THANK YOU to Tyra for taking the time out of her busy schedule to answer our questions and for providing us with 5 yes 5, ebooks to giveaway to our readers!!!  This contest is open to anyone that is able to receive a gift through amazon for a kindle ebook.  The contest will run from Sunday, October 16 to midnight CST on Saturday, October 29th.  Good luck!