Waiting on Wednesday is a weekly meme hosted by Jill over at Breaking the Spine in which we highlight a book that we are anxiously waiting to be released!  In honor of Jace winning the YA Crush Tourney, we are once again celebrating Shadowhunters!!!  And I can't think of  better books to wait on right now than ones starring our reigning champion, Jace, City of Lost Souls and City of Heavenly Fire both by Cassandra Clare. 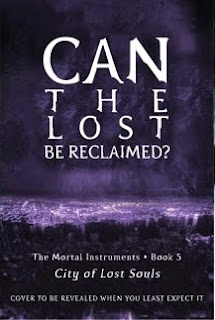 In Book 5: City of Lost Souls, the Shadowhunters struggle to piece together their shattered world after a betrayal by one of their own leaves them reeling. (expected release date: May 8, 2012) 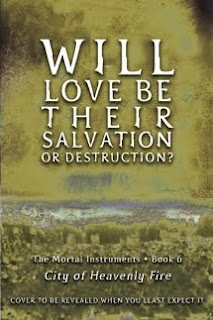 In Book 6: City of Heavenly Fire, Jace, Clary and their friends are drawn inexorably into a war that pits Heaven against Hell, angels against demons—a war that threatens to destroy our world entirely if the Shadowhunters can't end it first. (expected release date: September 2013)