The Archived by Victoria Schwab 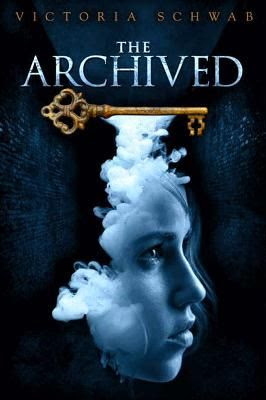 
Wow!!!! At first this was not high on my TBR list. I had heard good things, but there was so much more I needed to read. And then I made a trade with another blogger, so I read it quickly before sending it off. And I am SO GLAD I did! This book was so uniquely addicting that I read it in one sitting. The characters were full of life (or death...you know, if they were a History) and Victoria's world bled from the page.  It was perfect--I wouldn't change a thing!


From Chapter 1, I was immediately entranced by the poetry in Victoria’s words.  I could immediately relate to Mackenzie, and my heart broke for her loss.  She has lost Da, her mentor, and Ben, her little brother; and through Victoria’s words, I felt Mac’s pain as if it were my own.  There was one part in the first chapter where Mac says, “The silliest things shatter you.”  She goes on to talk about how after you suffer a loss, you try to move on—but the small things, a ball under a bed, a crumpled up t-shirt in the corner of a room can bring all the pain flashes back to you at the speed of light.  But instead of that light, you are shrouded in darkness.  The writing was so full of emotion that I just knew this book was going to be amazing.  And it was.


Mac was the perfect heroine—strong-willed, curious, but flawed and easily broken (in spirit, not in body).  She was truth wrapped up in the guise of a Keeper, one who returns Histories who have escaped the Archives.  I loved watching her as the digs deeper and deeper into the conspiracy.  I loved watching her fall victim to her own insecurities and suspicions.  But most of all, I loved watching her conquer those insecurities and fight back for her world and her life.  She pushed through, even when the cards were stacked against her.  Trust me, Mac will have you punching a fist into the air and yelling, “Go get ‘em!”


And then the guys…oh, there are so many guys that will leave you with a bit of drool on your chin.  I don’t know how Victoria did it, but there were so many guys that caught my attention:  Roland, Wes, and Owen.  I mean, wow!  I didn’t know who to choose!


I loved Roland’s sense of humor and his loyalty.  I felt like I could trust him immediately.  He was charming and, maybe I’m wrong, but I think he has a thing for Mac.  I really enjoyed the conversations between him and Mac.  They were clever and heartfelt.  Even when Roland was being a jerk, you could tell it was for Mac’s own good.


And Wes...otherwise known as “Guyliner.”  I’m not normally a fan of guys that wear eyeliner, but somehow, Wes makes it hot.  He seems like he has a dark side, and if you know me, I’m a sucker for the dark side.  But, Wes was more than that—he was mysterious, and at times I just knew he was hiding something.  But he still managed to sweep me off my feet.


And Owen…he’s a complete mystery.  He’s sexy in his own way, and Mac immediately feels for his position.  She wants to help him, and darn it, so do I!  Not much is known about this mystery man, but, if you’re like me, you’ll find yourself wanting to know more!


So…there’s this entire slew of guys that Mac can pick from, and let me tell you, when she does—it is oh so steamy hot!  There were some kissing scenes that left me blushing from head to toe, and I’m not ashamed to admit that I re-read them once or twice….okay, three times.  The question is…with who?  I won’t tell, you’ll have to check it out on your own.


Victoria builds an amazingly captivating world that will draw you straight into the romance, betrayal, and suspense.  She keeps you guessing right up until the very end, and I, for one, can’t wait for the next book!
Posted by Jennifer @ YA Sisterhood at 12:01 AM