The Secret Circle: Review, TV Show, and a Giveaway! 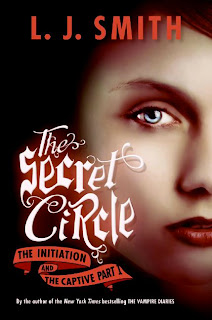 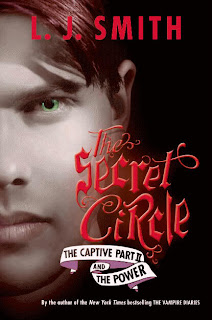 Many of you might know that a new TV Show premiered on The CW last week after the season premiere of The Vampire Diaries. This show is based on yet another L.J. Smith series called The Secret Circle.
I read The Secret Circle books a few years ago (though they were written back in the 90’s), and absolutely loved them. The reprinting featured four books (The Initiation, The Captive: Part I, The Captive: Part II, and The Power), which were combined and printed in two books.
In honor of the new TV show, I’ve done a review of the books, and we’ll also be hosting a GIVEAWAY!!! I’ll be giving away the entire Secret Circle book series to one lucky winner! Read the review below and more instructions at the end for how to win this book!
Here’s the summary for the first book (from goodreads):
The circle's power has lured her home
Forced to move from sunny California to gloomy New England, Cassie longs for her old life. Even so, she feels a strange kinship to a terrifying group of teens who seem to rule her school. Initiated into the coven of witches that's controlled New Salem for hundreds of years, she's drawn into the Secret Circle, a thrill that's both intoxicating and deadly. But when she falls for the mysterious and intriguing Adam, Cassie must choose whether to resist temptation or risk dark forces to get what she wants—even if it means that one wrong move could ultimately destroy her.
These books came out long before the vampires, witches and werewolf craze of today, but they’ve endured so well because they are truly great stories. When you read them now, they can occasionally feel a bit dated, but I honestly didn’t even mind. The characters were so distinct and powerfully written, that you’ll get swept away in the story even with the absence of cell phones and the internet.
Cassie is such a likeable main character that she makes a fantastic lens through which we see the story. There is a bit of a love triangle, but I for one, connected so strongly with Cassie, that I felt for both boys in exactly the same way she did. These books were dark—murders and mysteries and family secrets. The haunting and sometimes scary tone makes this book a definite page-turner! And Faye is the perfect foil to Cassie and one scary chick (complete with a motorcycle jacket to finish off the rough and tough image).
Some of the characters might feel a bit stereotypical at times, but you have to remember that this book was written in the 90’s long before the cookie cutter YA books of today that feel like remanufactured versions of the same story. In fact, it could be argued that many of those books are copying characters and situations seen in L.J. Smith’s books. So please, give this book a chance, and marvel at the staying power of a series that was published in 1992 (almost twenty years ago!) and is still popular among teenagers today.
I’ve also seen the first episode of the TV series based on the books. While many things have changed, from the location to the death of a character—the heart of the story remains the same, and I’m looking forward to seeing where CW takes this series!
Also... check out the LOL-WORTHINESS of the original book covers for this series way back in the nineties. :) 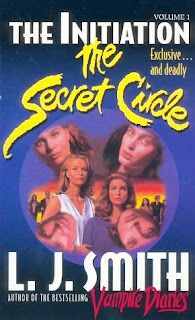 If you’d like to be entered for a chance to win The Secret Circle series, please complete the form below.
THIS CONTEST IS NOW CLOSED. CHECK BACK SOON FOR A WINNER.
Posted by Brittany Howard at 6:00 AM