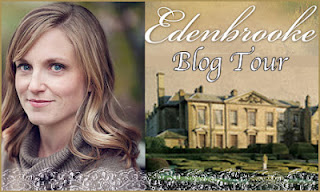 Marianne Daventry will do anything to escape the boredom of Bath and the amorous attentions of an unwanted suitor. So when an invitation arrives from her twin sister, Cecily, to join her at a sprawling country estate, she jumps at the chance. Thinking she’ll be able to relax and enjoy her beloved English countryside while her sister snags the handsome heir of Edenbrooke, Marianne finds that even the best laid plans can go awry.
From a terrifying run-in with a highwayman to a seemingly harmless flirtation, Marianne finds herself embroiled in an unexpected adventure filled with enough romance and intrigue to keep her mind racing. Will she be able to rein in her traitorous heart, or will a mysterious stranger sweep her off her feet? Fate had something other than a relaxing summer in mind when it sent Marianne to Edenbrooke.

Edenbrooke by Julianne Donaldson is a new category called A Proper Romance.  A Proper Romance is Shadow Mountain Publishing's brand of clean, smart, engaging, romantic stories that will never embarrass the reader.
If I was in the same room as Julianne Donaldson right now, I would "squeeze her juicy" (to quote Myra McEntire).  Edenbrooke is one of those novels that throws me into joyous raptures!  I love Jane Austen to the bottom of my soul, and as I was reading Edenbrooke, it seemed as if Julianne was channeling the ghost of Jane Austen.  The great character depiction, witty dialog, and beautiful romance that characterizes Austen's works, are found alive and well Julianne Donaldson's Edenbrooke.  I can't just write a normal review for this story because it deserves so much more, so I have decided to just plead with you to read this and make a list as to why you should do so immediatly!  It is a truth universally acknowleged that everyone in possession of a love of reading, must be in want of a good book!  And, Edenbrooke is that book!

Reasons why you should read Edenbrooke:

For Edenbrooke!  Move over Pemberly because Edenbrooke is easing it's way into my heart right next to you!  The gorgeous setting of the book makes by heart flutter.  If as a little girl you ever dreamed of going back in time, wearing a beautiful dress, and living on a gorgeous English estate then score one for the home team!  The gardens, the house, the stream (into which our heroine falls), the paintings, and the landscape add beauty and grace into a story that was complete in itself.  However, setting Marianne's and Phillip's story at Edenbrooke makes it perfection!


For the quirky characters!  Oh wow, did this book have some characters!!!  From the opening pages we meet, Mr. Whittles, yes Whittles!  His name could not be any more fitting!  He is a gross older man that believes himself to be violently in love with Marianne.  He is also profusely disgusting with an over abundance of saliva that collects at the corners of his mouth!  Mr. Whittles wet mouth will for all eternity haunt my dreams.  I'm not really sure why I am telling you all about his except that the depiction of Mr. Whittles is absolutely brilliant.  I couldn't help but cringe on the inside for Marianne at the same time that I was laughing on the outside.  It's the ultimate unwanted suitor scenario that will leave you dying for more.  I must also tell you that Mr. Whittles isn't the only crazy character!  Wait until you meet Marianne's grandmother and the Clumpetts!  This book is busting at the seems with amazing characters!

For the WORDS!  I love words.  I love quick, witty dialog that keeps the characters on their toes.  Dialog that can melt your heart one second or slice it like a razor blade the next.  When two characters have a battle of wills, minds and words not much can beat that in my book.  The plot in this book is definitely lacking nothing between highway robbery, mysterious suitors and kidnapping, it has its fair share of adventure.  However, even without the page-turning plot, this book could survive alone on it's spunky dialogue.


For the Love Letter Scene!  Ok, I must find my fan before I write the next part!  Holy guacamole Batman!!!  There is a theme of longing throughout the entire book.  Unfulfilled desire is very powerful and will have you suffering right along with the characters.  The angst created by wanting but not being able to have is the worst kind of torture, but honestly my favorite thing to read EVER!  To add to the characters torture and the readers, there is this amazing love letter scene!  Phillip teaches Marianne how to write and love letter!  It's all meant to be innocent, but there's so much longing and reading between the lines that I pretty much had to be scooped up off the floor at the end of this chapter!  It's seriously one of the best chapters I've ever read in a book EVER, EVER, EVER!  BTW-It's chapter 16 incase you wanted to know!:)


For Marianne! Of course you should read this for Marianne.  She's a true heroine that is smart, sweet, funny, and witty to her core.  She's a geniunely likable female character in a world that is teeming with Mary Sues.  Life has dealt her a rotten hand, but she preseveres and becomes a better person through it all.  I want to be like her, and I want my 2 little girls to grow up and be like her.  I don't think I can give her a better compliment than that!


For Phillip!  Oh Phillip, I usually have a serious thing for the broken bad boys, but I think it's possible that you might have single handedly changed my mind!  I think my new type might be highly respectable and serious on the outside but wildly inappropriate yet passionate on the inside.  Imagine the air of Mr. Darcy with the snarkiness of Jace and the sense of responsibility of Four. His name is Phillip, and I think I'm in love! Does anyone know a spell that can make him into a real person?  Phillip is the number 1 reason you should read this book because you will go all googly eyed and want to marry him youself!  I'll leave you with a little taste of what Phillip is like:

"Thank you for the pillow," I said politely, handing it [his coat] to him as he stood.
"You're welcome to borrow my pillow anytime," he said with such a rakish glint in his eyes that I thought I should slap him for it.

Now you know all the reasons why I think you should read this book ASAP!  Edenbrooke honestly has it all: perfectly, flawed characters, intense plot, witty dialog and swoon-worthy Phillip!  Also, don't forget the love letter chapter!  It's definitely a must read that you do not want to miss!  Now, you have a chance to read it for free by entering our giveaway! 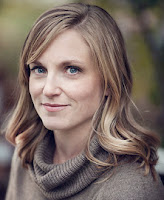 Julianne Donaldson grew up as the daughter of a U.S. Air Force fighter pilot. She learned how to ski in the Italian Alps, visited East Berlin before the wall came down, and spent three years living next to a 500-year-old castle. After earning a degree in English, she turned her attention to writing about distant times and places. She lives in Utah with her husband and four children. Edenbrooke is her first novel.