Thank you so much for answering some of our questions, Lauren!  We've always admired the beauty of your writing.   All your books read like poetry, and sometimes we are concerned that you have actually almost starved to death, been shot at, and almost died multiple times for your descriptions to be so realistic.  Since this is the Dark Days of Winter tour, and your third and final book in the Delirium series, Requiem is coming out soon, we have some questions we would love answered.

The 3rd a final book in your Delirium trilogy, Requiem, is soon to be released. Can you tell us a little about what we can expect?
Requiem takes place from two points of view: Lena’s and also Hana’s. Lena has thrown in her lot with the resistance, and Hana is living as a cured in Portland and anticipating her wedding to the new mayor. Over the course of the novel, their storylines converge in a pretty explosive way (literally and figuratively). I can also say there will be super sweet bonus material released in the Requiem hardcover edition!

What do you have planned now that you are finished with the Delirium series?  Can you tell us a little about it?
I’ve just completed a realistic YA book called PANIC. It’s about teenagers in a small town in Oregon who get involved in a very deadly game over the summer, and it’s my first YA book that has both a male and female POV, so I’m really excited about it.

Let's just gets this out there, no one does cliffhanger endings like you do! I still haven't recovered from either of the last 2.  Do you usually have your ending in mind before you start or does it come to you as your writing? Basically, are you a plotter or a pantser?
Ha! Thanks! I’m a plotter to a certain degree. I actually usually write the first and last chapters of a book at the very beginning of the process. I like to know where I’m going before I start out, I guess. J And I try to structure the story broadly before I dive into writing, but my outline often gets revised as I go.

I think this goes a little with the last question, but for readers that are new to this series, where did the idea of the Delirium series come from?
Several years ago, I started thinking deeply about the way that fear gets communicated from the media to the people, and how difficult it is to receive unbiased information from the news. At the time there was a lot of talk about the “global pandemic” that might decimate our world: a virulent flu or virus that would spread from country to country, killing everyone. Most of the fears about the materialization of such a disease (swine flu, bird flu) proved unfounded. Then I started thinking about how easy it would be to convince people of the imminent threat of some other kind of disease—and I realized that the symptoms of romantic love had much in common with the kind of psychiatric disorder we currently treat with medication. The ideas just sort of combined in my head.

You have books across genres and grade levels.  What is that transition like, to completely do something different and even change your audience?
It’s scary, but it’s not something I really feel I have control over. Books come to me and grab me and I have towrite them. I don’t feel I have much choice, ultimately, over the material I pursue and which audience I write for. And of course as a writer I’m so interested in challenging myself and getting better, and I think that only comes from attempting different things.

Now we would love to do a little this and that, to learn a little about your personally.

80's hair bands or 90's grunge bands? OMG. 90s!! I’m so a child of the 90s.
Snack pack flavors: pudding or jello? Pudding.
Contemporary or Paranoramal/Fantasy (book wise, what do you prefer reading): Ready for your mind to be blown? Contemporary mixed with fantasy. J
Movies or TV? TV.
Better to have love and lost or better to never love at at all? The former, but only if you get to love again. If you don’t…I’ll choose not knowing what I’m missing!
Alex or Julian (haha, just joking) Yeah, right. I’m not saying a word, sister!

Thanks so much, Lauren!!! BTW- LOVED REQUIEM even though I am now on blood pressure medicine after reading it! jk:)

They have tried to squeeze us out, to stamp us into the past.

But we are still here.

And there are more of us every day.

Now an active member of the resistance, Lena has been transformed. The nascent rebellion that was under way in Pandemonium has ignited into an all-out revolution in Requiem, and Lena is at the center of the fight.

After rescuing Julian from a death sentence, Lena and her friends fled to the Wilds. But the Wilds are no longer a safe haven—pockets of rebellion have opened throughout the country, and the government cannot deny the existence of Invalids. Regulators now infiltrate the borderlands to stamp out the rebels, and as Lena navigates the increasingly dangerous terrain, her best friend, Hana, lives a safe, loveless life in Portland as the fiancée of the young mayor.

Maybe we are driven crazy by our feelings.

Maybe love is a disease, and we would be better off without it.

But we have chosen a different road.

And in the end, that is the point of escaping the cure: We are free to choose.

We are even free to choose the wrong thing.

Requiem is told from both Lena’s and Hana’s points of view. The two girls live side by side in a world that divides them until, at last, their stories converge. 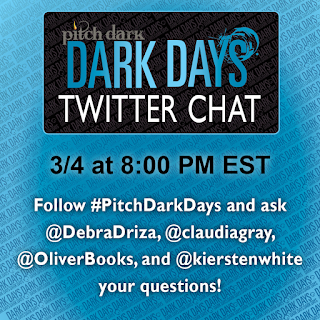 Posted by AmyG@YA-Sisterhood at 12:01 AM