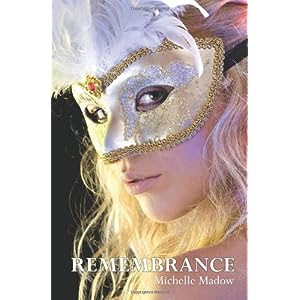 New Hampshire high school junior Lizzie Davenport has been reincarnated from Regency Era, England ... but she doesn't know it yet.

Then Drew Carmichael transfers into Lizzie's school at the beginning of the year, and she feels a connection to him, almost like she knows him. She can't stop thinking about him, but whenever she tries talking with him about the mysteries behind her feelings, he makes it clear that he wants nothing to do with her. Reaching him is even more difficult because she has a boyfriend, Jeremy, who has started to become full of himself after being elected co-captain of the varsity soccer team, and her flirtatious best friend Chelsea starts dating Drew soon after his arrival. So why can't she seem to get him out of her mind?

Even though Lizzie knows she should let go of her fascination with Drew, the pair of them soon find that fighting fate isn't going to be easy.

Okay, don't get me wrong, I love Taylor Swift. I blast "Love Story" on my car radio just as loud as any hopeless romantic.  But when I found out this book was based on the "Love Story" music video...I thought...that's seriously dumb, but whatever, I'll try it anyway. Oh. My. Gosh. Am I glad I did.  Having gone back to watch the music video over again, I can totally see how it's based on it, but, believe me, it's nothing like Romeo and Juliet.

There's tons to love about this book.  It's got the I-love-you-but-I-could-hurt-you-so-I'll-pretend-like-I-hate-you type romance, which totally keeps you turning the pages.  I mean, we all found out with Twilight that this storyline totally works.

The two main characters are adorable.  Elizabeth has such a sweet nature.  She's that beautiful girl who doesn't really know it...the one who tends to avoid all things prissy.  She would prefer to spend time with a book or her drawing pencils than pursuing popularity.  And then there's Drew with his charming ways that seem to come from another time.  He doesn't really care about improving his ego like the typical high school boy, but rather he's focused on doing things for other people, that is, as long as it means he can stay away from that one person he's supposed to be with!

Then there's the whole topic of reincarnation.  I'm a total time-travel fan so I really enjoyed the time transcendence that reincarnation presents.  I haven't read many reincarnation-based novels, but it was exciting to watch the past and the present intersperse with each other.

And, finally, my favorite aspect of this book. If you love Jane Austen's Pride and Prejudice as much as I do, then you are gonna go fanatic over this one.  I mean, who doesn't love a Mr. Darcy? Who doesn't want to BE Elizabeth Bennet?  Pride and Prejudice was a huge theme throughout the book, which made it all the better for me!

This book is already available, so I definitely recommend giving it a read, especially all you Mr. Darcy fans out there! The holidays are coming up, so add this one to your holiday break reading list!!!
Posted by sarah at 6:00 AM