Freshman year I tried my hardest to fit in with these "prom-going" people. These girls who seemed like they had no problems, looked perfect, acted perfect, smelled perfect. I joined the pep-squad. I helped decorate homecoming floats. I joined student council. I was even on the field hockey team (yes I wore a plaid skirt), but I kept feeling like I was just a body. Just a warm pile of skin and bones taking up space around all these people who actually belonged there. No one made me feel like I belonged there. No one made me want to belong there, but I still felt like I should want it. I still tried very hard to be wanted. I still cried in my room at night about why I wasn't wanted.


After months and months of being ignored, of being made to feel like it didn't matter if I existed, the only thing I felt like I could do was HATE. So instead of trying to be friends with them, I hated all of the popular girls. I hated everything they liked. I hated myself. It was easier than getting hurt, over and over and over again. It was better than admitting that I would never fit in with them.


Soon, I found other people who hated and we became friends. We made fun of everything the popular kids did. We hated things together. We hated ourselves together. We smoked and drank and did drugs together because that's what people who hated themselves did. That's what people who hated everything did.
I could ignore wanting to be like everyone else easily because I had other people next to me to make me forget that I had. But that all changed at prom season.
I wanted to wear a pretty dress. I wanted a boy to ask me. I wanted to ride in a limo, but I didn't dare admit any of this because the people who hated would have made fun of me. Would have ostracized me. Would have HATED me.

Since high school I have come to terms with the choices I made. The choices that felt like my only choices at the time. Writing PRETTY AMY helped me deal with these choices and what I missed out on because of them. I hope readers on both sides of the popularity coin will gain a better understanding of each other by reading it. I hope it will help girls like I was understand that other people feel what they feel too and that there are healthier ways to deal with those feelings. But, even though I have come to terms with it, it doesn't mean I wouldn’t have thrown all that away for a chance to be Prom Queen.

It doesn't mean that Amy wouldn't have. 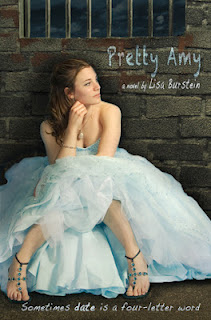