Blog Tour and Giveaway: The Watcher by Lisa Voisin 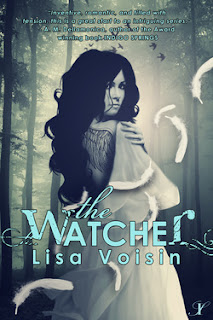 The Watcher by Lisa Voisin
eARC received from Inkspell Publishing
Release Date:  March 4th
Reviewed by:  Middle Sis Jenn
Millennia ago, he fell from heaven for her.

Can he face her without falling again?

Fascinated with ancient civilizations, seventeen-year-old Mia Crawford dreams of becoming an archaeologist. She also dreams of wings—soft and silent like snow—and somebody trying to steal them.

When a horrible creature appears out of thin air and attacks her, she knows Michael Fontaine is involved, though he claims to know nothing about it. Secretive and aloof, Michael evokes feelings in Mia that she doesn’t understand. Images of another time and place haunt her. She recognizes them—but not from any textbook.

In search of the truth, Mia discovers a past life of forbidden love, jealousy and revenge that tore an angel from Heaven and sent her to an early grave. Now that her soul has returned, does she have a chance at loving that angel again? Or will an age-old nemesis destroy them both?

Ancient history is only the beginning.
The Watcher follows Mia who finds herself inextricably drawn to Michael, new boy in town.  He’s mysterious and broody, but behind all that, is a guy trying to redeem himself.  Then enter Damiel, serious bad boy with one agenda:  Mia.  What follows is a series of dangerous encounters, stolen kisses, and heartbreaking revelations.


The romance in this book is one of those innocently sweet romances.  It’s one of those romances that makes you go, “Aw.”  Now, that doesn’t mean there aren’t some heated scenes tangled throughout the storyline.  On the contrary, there are a few scenes full of pent-up passion that seems to explode.


I really liked the minor characters the most in this book, especially Mia’s best friends, Heather and Fiona.  They were fun and you can tell they really cared about Mia, even when they were going through their own problems/relationships.  Mia’s mom was also great.  I especially liked when she told Mia:  “’No, honey.  Men are never angels,” she said sagely.  ‘Besides, it’s the devil in them that we love.’”  Because isn’t that the truth?!?  There’s always something so alluring about the bad guy!


Damiel, the bad boy.  While I wish his character would have been developed more at the beginning, he was a great foil to Michael.  He was strong-willed and hypnotic, and Mia felt herself being drawn to him even though she tried to fight it.  We see straight into Damiel’s past and his desires in the end of the novel, but he was pretty empty at the beginning.  Either way, he was still a great “bad guy.”


I felt like the plot was unoriginal.  It was just too similar to Lauren Kate’s Fallen for me.  There were differences, but there were some major parts of this story that were way too much like Daniel and Luce from Kate’s series.


This story had potential, but the writing was bland at times.  I felt like there was just too much telling with hardly any showing.  I wanted her world to open up around me as I read, and instead of being pulled into another realm, I was completely aware at all times that I was just reading.  I didn’t get lost in the book like I love doing.  As a result, I had a hard time getting through some of the scenes.


Sadly, I wasn’t a fan of the main characters.  Their actions and words just didn’t seem true enough for me.  Not that it wasn’t the truth for them as characters, but I didn’t see the feelings and emotions that led them to those truths.  It was just like all of a sudden---Bam!---and they love each other, but they can’t be together, but they want to fight for each other, etcetera and so on.  I need to see deeper into their lives and personalities for them to be real for me.


From looking at the reviews, most people really enjoyed this book.  They loved the romance and the action, but for me, it was just okay.  I’m hoping that the next installment will have more showing, and the writing will bring me more into this world.  I’m also really hoping that the storyline will depart from the Fallen similarities into something original and new.
************************************
Be sure you enter the giveaway!  The paperback and ebook sleeve giveaway is open for US, UK, and Canada.  The ebook giveaway is worldwide.
The sleeve is customizable, and you will have your choice of designs.  You can also get your name sewn into it.
Here is an example of one design for the ebook sleeve: 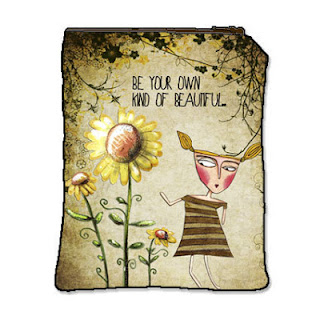