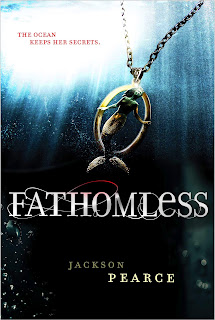 Celia Reynolds is the youngest in a set of triplets and the one with the least valuable power. Anne can see the future, and Jane can see the present, but all Celia can see is the past. And the past seems so insignificant -- until Celia meets Lo.

Lo doesn't know who she is. Or who she was. Once a human, she is now almost entirely a creature of the sea -- a nymph, an ocean girl, a mermaid -- all terms too pretty for the soulless monster she knows she's becoming. Lo clings to shreds of her former self, fighting to remember her past, even as she's tempted to embrace her dark immortality.

When a handsome boy named Jude falls off a pier and into the ocean, Celia and Lo work together to rescue him from the waves. The two form a friendship, but soon they find themselves competing for Jude's affection. Lo wants more than that, though. According to the ocean girls, there's only one way for Lo to earn back her humanity. She must persuade a mortal to love her . . . and steal his soul. 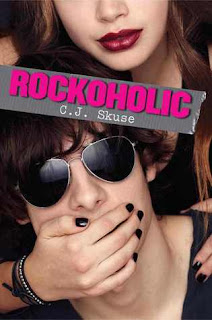 "I'm your biggest fan, I'll follow you until you love me..."

Gonna have to face it: Jody's addicted to Jackson Gatlin, frontman of The Regulators, and after her best bud Mac scores tickets, she's front and center at his sold-out concert. But when she gets mashed in the moshpit and bodysurfs backstage, she's got more than a mild concussion to deal with. By the next morning, the strung-out rock star is coming down in her garage. Jody -- oops -- kind of kidnapped him. By accident. With a Curly Wurly candy bar. And now he doesn't want to leave.

It's a rock-star abduction worthy of an MTV reality series...but who got punk'd?! 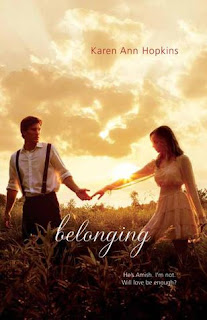 I left everything I knew behind.

No one thought an ordinary girl like me would last two minutes living with the Amish, not even me. There are a lot more rules and a lot less freedom, and I miss my family and the life I once had. Worst of all, Noah and I aren't even allowed to see each other. Not until I've proven myself.

If I can find a way to make it work, we'll be NOAH & ROSE