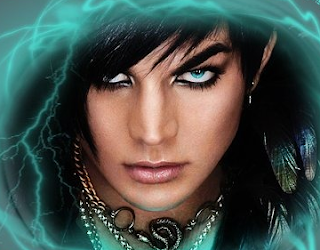 Hey everyone! I’m Michelle from Oh! For the Love of Books! advocating for Magnus Bane. Magnus is so awesome that Cassandra Clare put him in both of her shadowhunter series, The Mortal Instrument series and The Infernal Devices series. In every one of my reviews for these series, there is always a special section for Magnus. I just fell for him. Head over to the YA Sisterhood to vote. Quick go!

So who is Magnus Bane? Besides have a fashion sense that someone would kill for, a long list of adventures, and a warlock? Well – I’ll do my best to sum him up for you and not ramble.

Personality: In both series when we meet him, Magnus is inquisitive about situations but is aloof, making characters like Jace, Clary, Tess, and Will work to get him to help. He’s not someone who trusts easily, but when he does, he is fiercely loyal, willing to call on demons, going into a battle to protect Alec, and standing up to Camille to protect Will and Tess.
Magnus is kind of an instigator as well. He likes to put his friends and people who are in authority positions, in conflicting positions, where they typically have to divulge important information (that makes me gasp!).
And a must have in a crush – sarcasm - “I was alive when the Dead Sea was just a lake that was feeling a little poorly.”

Looks: Magnus maybe a little older than the rest of the crushes that are in the tournament – like maybe 800 years older, but the guy doesn’t look OR act his age. He has spiky black hair and cat like, green-yellow, eyes that smolder (at least in my head they do) when he looks at another beautiful character. I mentioned Magnus’s awesome fashion sense and here is a snip-it of his attire during City of Ashes: “Even the Inquisitor's eyebrows shot up when Magnus strode through the gate. The High Warlock was wearing black leather pants, a belt with a buckle in the shape of a jeweled M, and a cobalt-blue Prussian military jacket open over a white lace shirt. He shimmered with layers of glitter.” All right ladies, don’t be jealous that he dresses better than us! I mean look at that style!

Talents: Besides being one of the most powerful warlocks in the world? He gives Will (also a hottie) the piece of mind he has been desperately seeking by summoning a demon. He had the ability to protect Clary until it was time for her to realize who she was. His magic is old and powerful; I’m betting it comes from all that time with the Silent Brothers. 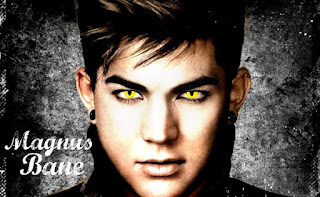 Special Attributes: I’m defaulting to his eyes on this one. – Ones you could get lost in. *passes out from swooning*

Best Qualities: He’s not afraid of telling people what they need to hear. He may hurt your feelings but he is going to get you to the revelation you need to kick some evil booty. Isn’t honesty the best policy? Don’t most of our crushes put their lady loves into bad situations because they don’t tell the truth? No Magnus. Just sayin’.

A few of my favorite quotes:
“Even the trip through the Portal had not disarranged Magnus's hair spikes. He tugged on one proudly. "Check it out," he said to Isabelle.
"Magic?"
"Hair gel. $3.99 at Ricky's.”

“We came to see Jace. Is he alright?"
"I don't know," Magnus said. "Does he normally just lie on the floor like that without moving?”

“Do you want to go back to Vienna?” he said.
Alec didn’t answer, just stared into space.
“Or we could go somewhere else,” said Magnus. “Anywhere you want. Thailand, South Carolina, Brazil, Peru – Oh, wait, no, I’m banned from Peru. I’d forgotten about that. It’s a long story, but amusing if you want to hear it.”

“Magnus's eyes gleamed. "He seems to like you. I saw him going for your hand out there like a squirrel diving for a peanut.” 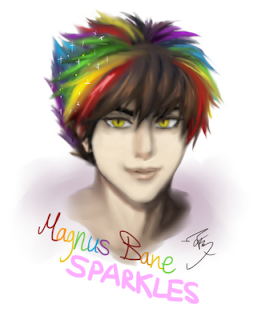 ~*~*~*~*~*~*~*~*~*~*~*~*~*~*~*~*~*~*~*~*~*~*~*~*
I am Ina from smiling_ina's bookish corner and I am very proud to be the advocate of a gentleman who is loved by many, many readers. He is one of many amazing characters of Rachel Vincent's Soul Screamers series. She created a fantastic world with bean sidhes, reapers, hellions, and other Netherworld creatures. In doing so, she also managed to create one of the best male fictional characters to ever appear in the bookish world. Of course, I am talking about none other than
TOD HUDSON!!!
LOOKS:

He has thick blond boy-lashes over bright blue, swirling eyes, cherubic lips, and a mop of short blond curls. He has a strong, square chin and a short, pale goatee. As if that wasn't enough to draw you in, he also has an impish grin highlighting his angelic features, lighting him from within.
AND he has DIMPLES!!! Plus, with his mesmerizing swirling eyes it is very, very hard NOT to fall for him. If all this doesn't make your heart skip a beat or two, then I don't know what or who would....

TALENTS:
Being a reaper comes with a few sweet "powers." He can teleport from one place to another within seconds - he could even take you with him. In addition to that, he has selective corporeality which means he can chose who sees and hears him. He plays some hilarious tricks on his brother with that. It's too adorable! It is also a very handy quality to have since you only need to hold his hand - or otherwise touch him *winkwink* - and the two of you will not be heard or seen by anyone else, unless you want them to.
I can imagine a TON of situations where this could be so very useful...
He is very, very talented at being sarcastic.
"Anything else? Can I fan you with a big palm leaf? Feed you grapes while you write your homework in my blood?"
Since he also is a super fast pizza delivery guy, you'll never have to wait another hour for your favorite Italian food again. *yum* 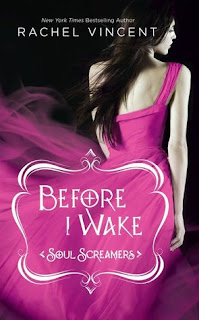 PERSONALITY:
Of course, being a reaper means he has a dangerous side to him as well. He would never do anything to purposefully hurt the people he cares about. However, if you cross his path or try to harm a person he loves in any way, you're in deep, deep trouble. Reapers are known as the "Bringers of Death" and there is a good reason for that....
Having said that though, Tod is the perfect mix between charming and dangerous. Being a reaper makes him by default dangerous, and believe me when I say you do not want to be on his bad side.
He is sweet and somehow always seems to know the right words and things to say, especially when it comes to Kaylee.
He is extremely loyal, caring, and there is nothing he wouldn't do for the people he loves - even if it means sacrificing his own life.
He is incredibly funny and ALWAYS has a hilarious comment on his lips. He loves to just pop up out of nowhere and annoy his brother to no end. He never ever fails to amuse me.
*****
To show off both his humorous and his sensitive side, here are a few quotes of his I love:
"I'm dead, not impotent. Nasty rumors like that must be squashed before they gain momentum. Feel free to emphasize how very functional I am."
*****
"So, would you say I'm closer to a zombie or a vampire? I gotta know - are my parts going to rot and fall off, or am I forever frozen in youthful perfection?"
*****
"There's a good kind of crazy, Kaylee," [...] "It's the kind that makes you think about things that make your head hurt, because not thinking about them is the coward's way out. The kind that makes you touch people who bruise your soul, just because they need to be touched. This is the kind of crazy that lets you stare out into the darkness and rage at eternity, while it stares back at you, ready to swallow you whole."
*****
"[...] You're the brightest thing I've ever seen, Kaylee. You're this beautiful ball of fire spitting sparks out at the world, burning fiercely, holding back the dark by sheer will. And I always knew that if I reached out--if I tried to touch you--I'd get burned. Because you're not mine. I'm not supposed to feel the fire. I'm not supposed to want it. But I do. [...] I want the fire. I want the heat, and the light, and I want the burn."
*****
So, to sum it all up, Tod is freaking amazing!!! More often than not you will find a mischievous grin on his face which means he could be up to ANYTHING. However, he also has a more serious side to him which he won't just show to anyone. You will have to earn his absolute trust first.

He looks out for his family and friends and does everything in his power to protect them. He is charming, smart, witty, and stands up for what he believes is right.
*****
I can in all honesty say TOD HUDSON is my most favorite fictional character EVER!
I love:
AND I absolutely LOVED it
*****
Please give Tod your vote and I know he'll be forever grateful! He has an eternity to look forward to, so I mean FOREVER! ;)
Go #TeamTOD!!! Go #TeamREAPER!!!