AND THE WINNER IS...


Welcome to the YA Sisterhood! Thank you in advance for your participation in our Tournament of Heroines! We hope you make some friends (and not too many enemies), discover some fantastic books, and have a lot of fun!
Some general rules before we begin:
There may be some spoilers in the following post. We've tried to keep it fairly general, but overall, this Tourney will not be spoiler-free. So beware.
Secondly, You are welcome to write your own comments about either character in the comments section, but we will not tolerate rudeness. The minute it crosses over from logical argument into character bashing, your comments will be deleted and your vote canceled.  POLLS WILL BE OPEN FOR 24 HOURS AND WILL CLOSE AT 12:01AM EST ON DECEMBER 15th.
And now for the match....

Hey y'all! My name is Avery I review primarily YA paranormal books at my blog Avery's Book Nook. I have been a long time stalker follower of YA Sisterhood and their tournaments so it should come as no surprise that I am super excited to be advocating Tessa from Cassie Clare's Infernal Devices series! You can follow me during the tournament at:

What Makes Tessa a True Heroine?

Why Should YOU Vote For Tessa Instead of Luce? 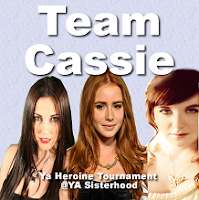 Did you vote for Tessa or are you planning on voting for Clary, or Izzy in YA Sisterhood's
Tournament of Heroines? If so Stuck in Books, Letters Inside Out, Cassie
Claire, and myself (the girl's advocates) have some AMAZING PRIZES FOR
YOU! Includes a copy of CP, Winner's Choice of Cassie Clare book, Hebel
Design bookmark and a CA Angel Pendant! Find out all of the giveaway
details HERE! 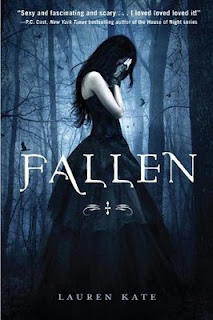 Luce is pale and has dark hair, she is 17 years old.
She lives in our world, except she runs with angels. Fallen angels,
some on the side of light some on the side of dark.
Luce is in love with Daniel Grigori, who is a fallen angel. They have
a cycle, every 17 years they meet, fall in love, but Luce always dies.
She was sent to a reform school after an incident at her old school in
which a fellow student was hurt.

Best Attributes:
Luce’s has a lot of great attributes. She is fiercely loyal to her
friends and to Daniel. She also thinks for herself, she doesn’t just
take what others tell her for gospel truth. She seeks out her own
answers and no matter what is thrown at her, she pushes through. She
has a strong personality and a strong sense of self. 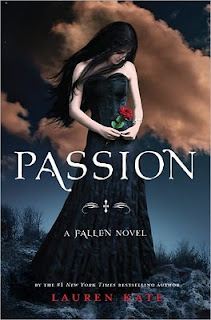 What makes her a heroine SPOILER WARNING:
I can’t answer this with out spoilers.
Luce is a heroine because she is fearless. In book three she takes an
announcer and steps through alone exploring her and Daniel’s past
lives. She finds that no matter when or where they lived she always
met him, she could always find herself or her soul in the past. She
learns that during the fall, the reason she and Daniel were cursed was
because he refused to choose between good and evil, he chose
Luce.
She also learns that Daniel doesn’t have the free will to chose her or
not, but she does and she always chooses him. It doesn’t matter if
it’s dangerous for her or not, she chooses him.
In this life the cycle will end when she dies, since she wasn’t
baptized when she dies, her soul will not continue on and Daniel will
be alone, Luce is determined to find a way to fix this so her and
Daniel can truly  be together. How much more brave
can a girl get?!
Even when her best friend in Fallen at Sword and Cross school
is murdered, Luce finds the inner strength to push on. She is away
from her family and her best friend from home. When she and Daniel
first meet, he's a bit of jerk to her, but we later find out that is
simply because he is trying to keep her away so he doesn't have to
deal with loosing her again.

Why you should vote for Luce instead of Tessa:
I’m not going to lie, Tessa is awesome as well. But Luce should get
your vote for one simple reason, she is fully human. Unlike Tessa,
Luce doesn’t have any special powers (That we know of so far.) She is
brave in the face of danger. I’d argue that she is more brave
because she has no special powers, she has no extra means to
protect herself against the dark side of the fallen angels that pose a
threat to her. 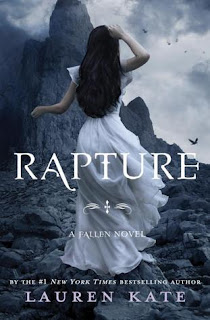 Anything to add:
Vote for Luce, she is a true heroine, and she is awesome!