And the winner is...
Rose
Welcome to the YA Sisterhood! Thank you in advance for your participation in our Tournament of Heroines! We hope you make some friends (and not too many enemies), discover some fantastic books, and have a lot of fun!
Some general rules before we begin:
There may be some spoilers in the following post. We've tried to keep it fairly general, but overall, this Tourney will not be spoiler-free. So beware.
Secondly, You are welcome to write your own comments about either character in the comments section, but we will not tolerate rudeness. The minute it crosses over from logical argument into character bashing, your comments will be deleted and your vote canceled.  POLLS WILL BE OPEN FOR 24 HOURS AND WILL CLOSE AT 12:01AM EST ON DECEMBER 13th.
And now for the match....

Hey it’s Jaime and Patricia from Two Chicks On Books and we’re so happy to be a part of the Heroine Tourney! We had a blast doing the Crush tourney this past summer! You can check us out at our blog and on Facebook and make sure to follow us on twitter for all the #TeamRose updates Jaime  and Patricia. 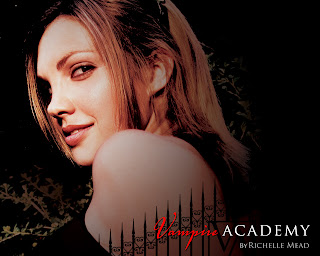 1. About Her
Rose (Rosemarie) Hathaway is a 17 year old dhampir which basically means she’s half human-half vampire. She has all the good vampire traits agility, strength, and good health and none of the setbacks like having to drink blood or not being able to be out in direct sunlight. She is beautiful even in vampire standards and she has men vampire and dhampir alike vying for her attentions. She is 5 foot 7 and athletic but she has a curvy body that most of us would kill for! She has an exotic look with dark eyes, dark hair, and lightly tanned skin all that’s attributed to her father and, the strength and fighting skills come from her mother Janine who is a Guardian and all around butt kicking woman.


Here’s what Adrian thinks of Rose….

Adrian: "Rose Hathaway, I can't wait to see you again. If you're this charming while tired and annoyed and this gorgeous while
bruised and in ski clothes, you must be devastating at your peak."
Rose: If by 'devastating' you mean you should fear for your life, then yeah. You're right."
(Frostbite)
2. Best Attributes
Rose is fiercely loyal to those that she loves so loyal that sometimes it gets her into hot water but she always finds a way out. She is willing to sacrifice her life not only for her best friend Lissa (whom she has a psychic bond with), the man she loves, all of her friends, but any other innocent person who might find themselves in trouble. She has an inner strength and outer strength she has fought and killed many strigoi (bad vampires) which is a feat in itself. She’s killed more than most adult guardians.

3. What makes your girl a true heroine?
Rose is our heroine because she is a strong kick butt female who protects the world from evil. She is also intelligent with an amazing quick wit and sarcastic streak that makes us laugh. Her heart has been shattered and put back together again but through all of it she does not crawl in a hole and cry she stands up and fights for what she feels is right and for love.
Rose is a compassionate and true friend and will do whatever is necessary to defend those she's loves and has proved it again and again by ridding the world of the evil Strigoi as evidenced by the marks she bears on her neck which label her a true warrior and someone who can be counted on.
We wanted to add a little something from Dimitri here to show what he see’s in Rose.


Dimitri: "No, it wont happen to you. You're too strong. You will fight it, just like you did this time"
Rose: "I only did it because you were here, I cant do it by myself"
Dimitri: "You can, you're strong--you're so, so strong. It's why I love you"
(Shadow Kiss)
4. Why should we vote for Rose instead of Clara?

We here at Two Chicks On Books absolutely adore Clara she is awesome so why should you vote for Rose instead? Here are a few reasons why we believe Rose to be a stronger heroine.
Clara had a purpose and she failed to complete it she actually chose to fight it. She lets her emotions get in the way of her goals and almost gets herself assaulted and or killed. She tries to hide her identity underneath hats and hair dye and can be pretty selfish. She also lacks self confidence.


Rose would never turn away from her destiny even if it means being apart from the love of her life. She's just that honorable and when she makes a promise she keeps it.

5. Anything else you’d like to add?
Why vote for Rose?? Because Dimitri Belikov and Adrian Ivashkov two of the most swoon worthy men in books say so! Also here’s a little poem by Adrian…
"I'm always crazy around you Rose. Here, I'm going to write an impromptu poem for you."
He tipped his head back and shouted to the sky:
"Rose is in red
But never in blue
Sharp as a thorn
Fights like one too."
(Shadow Kiss) 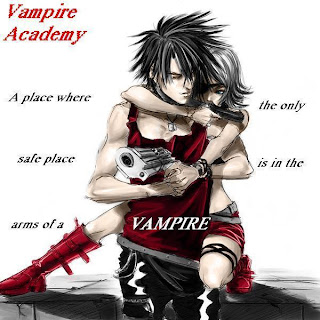 ~*~*~*~*~*~*~*~*~*~*~*~*~*~*~*~*~*~*~*~*~*~*~*~*~
Hi, my name is Amanda; I am from the blog Stuck in YA Books I love reading Young Adult books. You can follow me on twitter @apedulla.  I was in the Crush Tourney, and I am glad to represent Clara from Unearthly.
About Her:
Clara is a part angel and has a purpose to fulfill on Earth.  Clara's hybrid status grants her various superhuman abilities, and also gives her an undiscovered purpose to fulfill. After dreaming of a young man and a forest fire, Clara eventually meets and watches over Christian, the boy in her visions. She also befriends a brooding angel-blood named Angela, a spunky girl named Wendy, and Wendy's brother Tucker.  Clara becomes romantically drawn to both Christian and Tucker, learns of a conflict with fallen angels, and tries to discover her purpose on Earth. She has blond hair but is later changed to red (dyed) because her mother didn’t want her to stand out
Best Attributes:
Clara is awesome because she can Glory !! Glory is something at which angels can use to defend themselves against their enemies. She isn’t perfect, but she is kind to others, can fly with her wings, and has premonitions of her main goal.
What makes your girl a true Heroine?
Clara is a true heroine, because she has the ability to see what she has to do in order to fulfill her purpose.
*SPOILER*
In the book she saves the lives of the ones she loves (Tucker) in the fire. She is in love with a cowboy!! She helps defeat her mother enemy of the Black Wings who work in Hell.
*SPOILER OVER*
Why should people vote for Clara over Rose?
People should vote for Clara over Rose from Vampire Academy because 1. She is beautiful, she is dating TUCKER!! Tucker is the sweetest boy ever!  She can fly away from her enemies; she can have visions of her future and what the purpose of it is. Clara does move quite a bit, so she is able to travel around the world!  Clara is unique, funny and one awesome heroine!!
Anything else to add?
“I love how he sometimes gets embarrassed by the mushy stuff between us and then his voice gets all gruff and he tickles me or kisses me to shut us both up. Boy, do we ever kiss. We make out like champions.”
Tucker <3
“Fine.” He smirks at me. “Nice to meet you, Carrots,” he says, looking directly at my hair. “Oh, I mean Clara.”
My face flames.
“Same to you, Rusty,” I shoot back, but he’s already striding away.”