And the winner is...
Meghan!


Welcome to the YA Sisterhood! Thank you in advance for your participation in our Tournament of Heroines! We hope you make some friends (and not too many enemies), discover some fantastic books, and have a lot of fun!
Some general rules before we begin:
There may be some spoilers in the following post. We've tried to keep it fairly general, but overall, this Tourney will not be spoiler-free. So beware.
Secondly, You are welcome to write your own comments about either character in the comments section, but we will not tolerate rudeness. The minute it crosses over from logical argument into character bashing, your comments will be deleted and your vote canceled.  POLLS WILL BE OPEN FOR 24 HOURS AND WILL CLOSE AT 12:01AM EST ON DECEMBER 4th.
And now for the match....

If you don't already know, the fabulous Meghan is being represented by me, Anna Tee from The Bursting Bookshelf. Meghan is from The Iron Fey Series by Julie Kagawa, a four book series. If you want to stay up to date on how Meghan is doing in the Tourney or to just support her, please check out my Twitter and use the hashtag #TEAMMEGHAN. Before we begin, I'd just like to thank the YA Sisterhood for hosting this event! WARNING, MILD SPOILERS BELOW. MOST SPOILERS ARE HIDDEN, HIGHLIGHT TO READ. 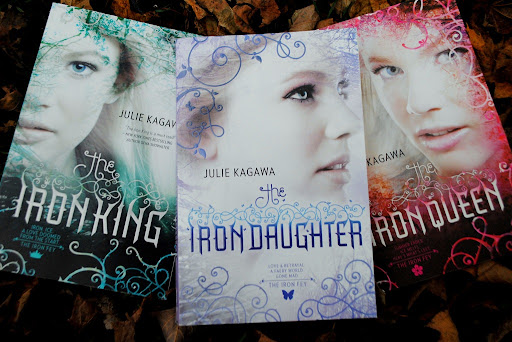 What Makes Meghan Better Than Max?
Well, though I have yet to read the Maximum Ride series, I do know that The Iron Fey series is awesome and anyone who has read the series would agree. Meghan gets the job done every time and she is not afraid to make sacrifices to achieve a greater goal. I mean how can you go wrong with a strong heroine and two dashing guys? Meghan gets to go on multiple journeys with two amazing guys and a talking cat! A TALKING CAT! Enough said.


Anything Else You'd Like to Add?
I would just like to add that voting for Meghan is a wise choice- would you want to upset Puck or Ash? 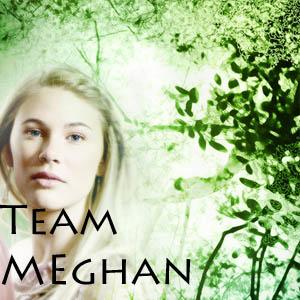 You can visit my blog: http://bookbreather4lyfe.blogspot.com
Or tweet me obsessively: @bookbreather
And gush on Goodreads: http://www.goodreads.com/user/show/6095442-bookbreather-reviews

Now, on to the real star :)
ABOUT MAXIMUM RIDE
Well, first and foremost, she is part bird. Yes, she's got real, avian, feathered wings that are about thirteen feet long. That's a very wide wingspan ;D Aside from that minor detail, she's got average 14-year-old (at least, she thinks she's 14) girl looks: dirty blond hair, brown eyes, and lightly tanned skin. Even if she can't, you know, shower or eat sometimes. But hey, not all of us can be Barbie-tastic, right?
Max is a leader. Determined, alert, and always forming some kind of sneaky plan! Some people may consider Max bossy, but in actuality, she knows what she wants and how to get it. Come on, I know women everywhere can appreciate that! And men, you got to like a girl that takes control every now
and then. She is also that way because she has to look out for herself and her friends. Sarcasm is her go-to, because she's a tough little rascal that wants to stay strong for her friends, which makes for tons of chuckles and "tell him sistuh!"s.
Max doesn't know her parents, either. She hasn't the slightest clue who gave birth to her, but she suspects she may have come from a test tube. Those are the kind of questions that can keep a girl up at night. 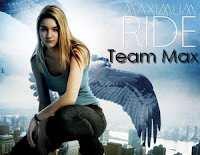 
MAX'S BEST ATTRIBUTES
In YA you see this all the time in heroines: snarky, impenetrable tough girl armor, couldn't-give-a-poo attitude, clever ideas that save the day...
Well, that totally fits the bill for Max, but that doesn't make her generic in any way, shape, or form (Literally, guys. She's a bird). That girl is fiercely loyal, way too old for her age, and stunningly clever. Not to mention, she's the key to saving the world.
Max is 14 years old. 14!! And yet, she manages to escape from a heavily guarded science lab, toting along five friends who have become her family (The Flock) - Fang, Iggy, Gazzy, Nudge, and Angel. Obviously, she is selfless to have rescued all of them. And pretty much a saint, considering the way she deal with Iggy and Gazzy's pyro tendencies, Gazzy's...erm...gassy tendencies, and Nudge's non-stop chatter. And no matter what they do, no matter how many times they defy her or cause trouble, she protects them. She will and does do anything to ensure their safety. She's the one who makes sure that they always have food to eat.
Did I mention that the Flock causes a lot of trouble? Yeah, well, guess who is the one to always circumvent it. Did you guess Max? Because that is painfully obvious absolutely correct. Most of the time she is just winging (See! Another thing she is good for: Awesome puns! Yes, they are awesome. Don't deny it >.< ) it, but she always gets them out of trouble. ALWAYS. And then she begins to hear this creepy voice inside of her head, leaving her cryptic messages (and brain-splitting headaches) that she has to decode. Clever clever girl.


WHY MAX IS A TRUE HEROINE
Breaks out of a creepy science lab? CHECK.
Faces a scary new school? CHECK.
First kiss? CHECK.
Birth mutation? CHECK.
Saves a loved one from her biggest fear? CHECK.
Overcomes fear of vulnerability? CHECK.
Makes it into the newspaper? CHECK.
Kicks impending death in the face? CHECK.
Saves the world? CHECK.
Overcomes identity crisis? CHECK.
Kills multiple of the big bad scary bad guys? CHECK.
Gets snarky as doom looms over her? CHECK.
Need I continue?


WHY MAX PWNS MEGHAN
Uh, she's half bird.
HALF BIRD.
Scientifically mutated and destined to die, but thrives anyway.
What is Meghan? Half faery? Well, how riveting.
I'd like to see her unfurl a pair of large, beautiful wings and bust through a ceiling like Max. Talk about making an exit! Or what about eating her own weight in food? Has she ever flown with hawks?
And, seriously, I don't care if she rules a whole land of fey or whatever, I'd like to see her manage and/or put up with Gazzy and Iggy for more than five minutes. Jus sayin'. Has she ever volunteered to nearly cut off her arm in order to remove a tracking chip, just so she could save her friends? Max has. Can Meghan fly at over 200 mph? Max can. 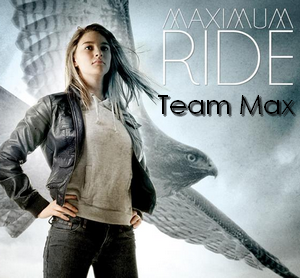 It's so obvious that Max is made of awesomesauce that she was cloned because that was the only way she could ever be taken down.
AND SHE IS HALF BIRD.
I think everyone should vote for Max! A vote for Max is a vote for spreading your wings and flying free! (See, I'm so passionate, I'm willing to get corny!)
Also, check her out rocking that leather jacket.
I bet Meghan doesn't rock a leather jacket like that.
*VOTING IS NOW CLOSED*
Posted by AmyG@YA-Sisterhood at 11:00 PM