And the winner is...
Tris

Welcome to the YA Sisterhood! Thank you in advance for your participation in our Tournament of Heroines! We hope you make some friends (and not too many enemies), discover some fantastic books, and have a lot of fun!
Some general rules before we begin:
There may be some spoilers in the following post. We've tried to keep it fairly general, but overall, this Tourney will not be spoiler-free. So beware.
Secondly, You are welcome to write your own comments about either character in the comments section, but we will not tolerate rudeness. The minute it crosses over from logical argument into character bashing, your comments will be deleted and your vote canceled.  POLLS WILL BE OPEN FOR 24 HOURS AND WILL CLOSE AT 12:01AM EST ON DECEMBER 8th.
And now for the match.... 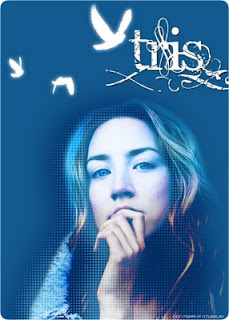 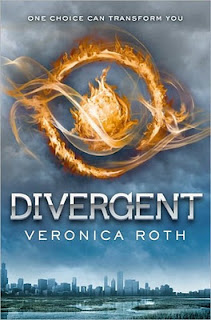 Why did I choose to advocate for Tris ??
Divergent is the debut novel of Veronica Roth , and her next book Insurgent will be out next April/May.
About her

Well I found her to be a strong female character. She is petite, has blonde hair and bites her nails. She has always grown up in the Abnegation Faction and has  lived with her family. She has turned 16 years old and learned that she is Divergent. She gets to make a choice of where she wants to live. She choose Dauntless.

She has compassion, and she stands up to her fellow initiates when they are being bullied .She is brave and smart, and has fire in her to never give up through all the trials in the Dauntless Faction.

What makes her a heroine

She is Brave and Smart and also in control of her emotions . She is also underestimated because of her size. She also faces her fears head on . She is a true heroine . She doesn't have any special abilities but she is different from others.

I think that Beatrice Prior is a True Heroine because she shows compassion and selflessness , and bravery in front of her Faction when the time calls for it.

Why is Tris better than her competitors?

I think Tris is just as great as the other competitors  but she stands apart from the crowd in how she deals with so many things happening in her Faction, Family, and meeting Four. She gets some tattoo's while in her Faction.

Faction before Blood was brought up alot in this book. She had to make the tough choice and rode the rails and faced her fears. She was in control and dealt with some unscrupulous people. 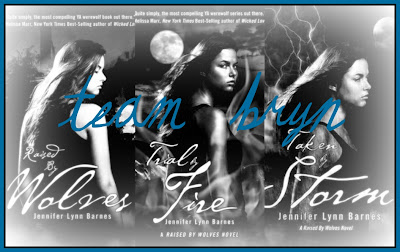 Intro
Hi everyone! I’m Emilie from Emilie’s Book World and I am here today to represent Team Bryn, from Jennifer Lynn Barnes’s Raised by Wolves series. You can follow me on Twitter @emiliebookworld and if like me you are a fan of Bryn be sure to tweet about today’s match using the hashtag #TeamBryn. And now on to our girl.
About her
Bronwyn Alessia St. Vincent Clare, known to most as Bryn is a fifteen-year-old teenage girl. Except that Bryn is not your typical teenager. On the outside and to the other kids in school she may look normal but in reality, she is a human girl who grew up among a pack of werewolves. That’s right werewolves. When she was four years old her family was attacked by a Rabid wolf and had killed her parents. Bryn had survived and was taken in by Callum, the Alpha of a wolf pack. Bryn has literally been raised by wolves, and it shows in her character. But that doesn’t mean she isn’t absolutely lovable. If anything, having been raised by a pack of wolves makes you feel for Bryn that much more.
Best Attributes
Despite having been raised in a pack of werewolves, Bryn does not let anyone dominate her or walk over her. She has grown up resisting the domination of an entire wolf pack and has always stood her ground, much to the dismay of everyone around her. Bryn also knows exactly who she is. Being raised by wolves has never made her forget that first and foremost, she is a human girl, and that there is some power in that.
What makes her a heroine
If nothing else, Bryn is the most stubborn person I have ever met and has a mind of her own, which definitely comes in handy when you live with wolves who have a pack mentality. She is not afraid to fight back, and will even do so if it could mean her death though she is extremely resilient. Most importantly, Bryn is not afraid to stand up and fight for what she believes in. Even when no one else thinks what she is doing is a good idea, it won’t stop her and she will do whatever it takes to get what she wants. And if that isn’t enough, she is a human girl who ends up leading her own pack of wolves. If that isn’t worthy of a heroine, than I don’t know what is.
Why is Bryn better than Tris?
Don’t get me wrong, I also really like Tris, but Bryn is so much better in so many ways. Unlike Tris, Bryn doesn’t have to almost be forced into her role of heroine. Right from the start she acts like she deserves what she has and nobody can take it away from her. Also, Bryn has to deal with a massive pack of wolves on a daily basis and last time I checked, Tris only had to deal with humans. Granted at times they aren’t the most accommodating people, but still. Humans are no wolves. And I didn’t see Tris staging her own rescue of a group of young werewolves. Sure she decided to go against the takeover, but once again she was almost forced into that position. Bryn isn’t afraid to take the lead and will jump head first into any situation. And like I said before, SHE LEADS HER OWN PACK OF WEREWOLVES WHILE STILL BEING HUMAN HERSELF. I’d like to see Tris try to do that.
Still need convincing?
Bryn is an absolutely lovable girl. She will make you both laugh and cry at the same time, and that’s when she isn’t giving you a headache. But all that is what makes her totally charming and in my opinion she a true heroine. If like me you love Bryn be sure to vote for her below! 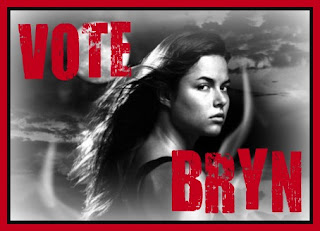